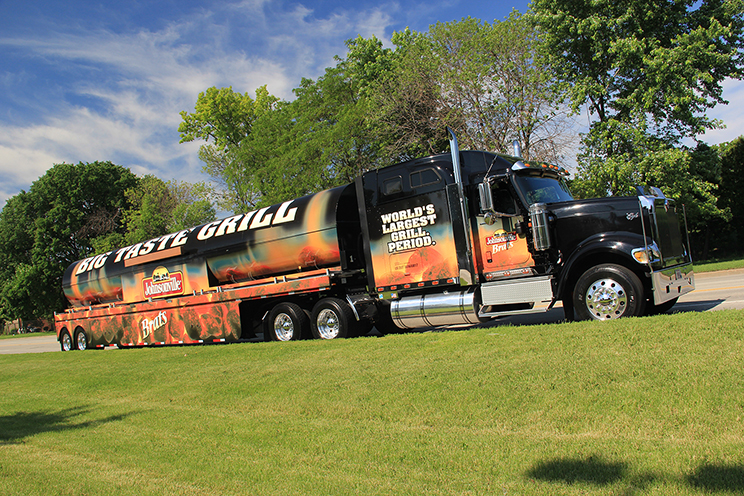 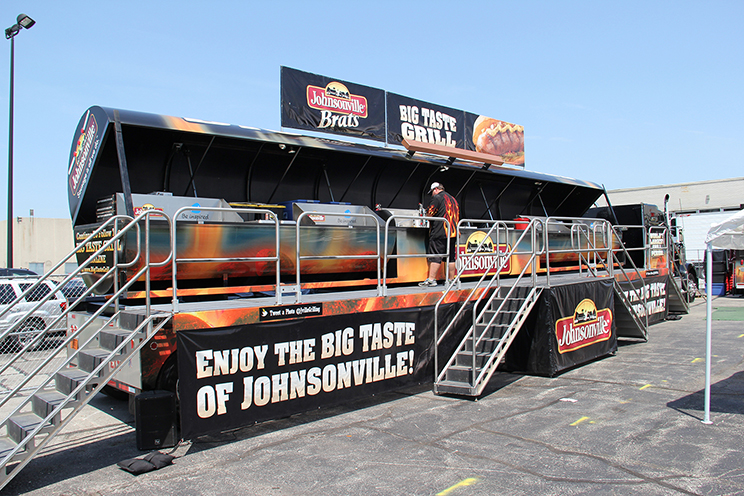 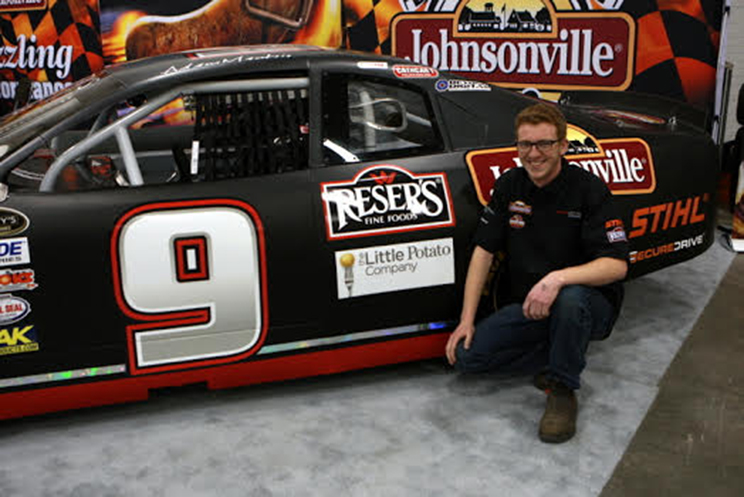 The World’s Biggest BBQ Comes to Canada
After 10 years, Johnsonville’s Big Taste Grill is back in Canada at the Honda Indy Toronto and will be donating funds to Make-A-Wish® Canada

Johnsonville’s Big Taste Grill will be joining NASCAR Canada at the Honda Indy Toronto from July 15 to 17 at Exhibition Place, the first time it’s been in Canada in 10 years. Not only will NASCAR fans have the opportunity to enjoy delicious Johnsonville Bratwurst sausages cooked on the grill, but they’ll also have the opportunity to meet Ontario-born NASCAR star Adam Martin, who will be racing at the Indy in the Pinty’s Grand Prix on Saturday, July 16.

The Pinty’s Grand Prix is the highest-profile stop of the NASCAR Pinty’s Series, and will be Saturday’s feature race at the Honda Indy in Toronto. The race marks the first time NASCAR’s been at the Indy, Ontario’s largest annual sporting event, since 2011. The Big Taste Grill will have a huge presence throughout the Honda Indy. It will occupy a 100 x 80 foot spot prominently positioned in Thunder Alley, right by Turn 11 on the 1.75 mile-long street circuit, where it will grill up Johnsonville’s delicious Bratwurst Sausages for race fans all weekend long. With 40 square feet of grilling space and the capability to cook 750 brats at a time, Johnsonville’s goal is to sell between 1,200 and 1,500 Bratwurst Sausages an hour (over 20 sausages per minute), with $1 from each sale going to Make-A-Wish® Canada and a minimum of $10,000 being donated to the charity. Make-A-Wish® Canada volunteers will be on-site grilling up brats and serving customers as they take in the sites, sounds and tastes of race day.

On top of enjoying Johnsonville’s delicious Bratwurst Sausage as they take in the festivities, NASCAR fans will also have the chance to meet and see the car driven by 18-year-old NASCAR sensation Adam Martin. Martin, who is from Ayr, Ontario, stunned racers and fans alike at his NASCAR Pinty’s Series debut on June 18 at Sunset Speedway, battling a star-studded field of stock car racers to score a stellar fourth place finish. Read the article here. Martin’s 2016 racing program is supported by Johnsonville Sausage.

Johnsonville is a family company, and its Big Taste Grill is steeped in family lore. In 1984, the company’s first direct-sales force began with Johnsonville family members traveling around in a RV, grilling sausages on the spot and offering samples to grocery store owners to secure distribution. Today, the Big Taste Grill delivers the same Johnsonville experience on a much larger scale.

About the Big Taste Grill
At 20 feet tall, a whopping 65 feet long and 6 feet in diameter, Big Taste Grill is the world largest BBQ. Just to park it you need a space that is 20 feet by 90 feet. It can cook 2,500 brats an hour, or 750 bratwurst at a time on its 40-square-feet of grilling surface. To give the chefs plenty of room to move about as they grill the flavourful sausage, the grill has a 4 foot aluminum walkway along its border.

About Adam Martin
Eighteen-year-old Adam Martin has been a NASCAR racer since 2013. His three-year career highlights include a fourth place finish in his debut race at the NASCAR Pinty’s Series at Sunset Speedway on June 18, 2016, and being awarded Rookie of the Year in 2014 for NASCAR’s Thunder Car division. The Ayr, Ontario resident will be attending Conestoga College in the fall of 2016, and is a graduate of Bluevale H.S. in Waterloo, Ontario. Prior to NASCAR, Martin raced 2-Stroke Karts in Ontario, Quebec, Florida and Louisiana for three years.

About Johnsonville
Johnsonville, Wisconsin is a town built on sausage, for sausage and by sausage. We started as a small, family-owned butcher shop in 1945 dedicated to crafting the best sausage around, and 70+ years later, that hasn’t changed. The delicious sausage made in the butcher shop came from an old family recipe, which made its way down the family tree from 19th-century Austria. Today, that family recipe remains, and only 3 people in the world know the secret ingredients for Johnsonville sausage.

Johnsonville employs approximately 1,600 members and the brand is distributed in over 40 countries around the world. The company remains privately owned today. For additional Johnsonville company information, new product news and the latest recipes visit www.johnsonville.ca.

About Make-A-Wish® Canada
Make-A-Wish Canada is a dynamic wish-granting organization that brings hope, strength and joy to children with life-threatening medical conditions. Along with the national office, eight (8) regional chapters grant magical wishes to children in need from coast to coast. Make-A-Wish Canada is an affiliate of Make-A-Wish® International. Make-A-Wish® is the largest wish-granting organization in the world, making dreams and wishes come true for more than 350,000 children since 1980. For more information, please visit www.makeawish.ca.