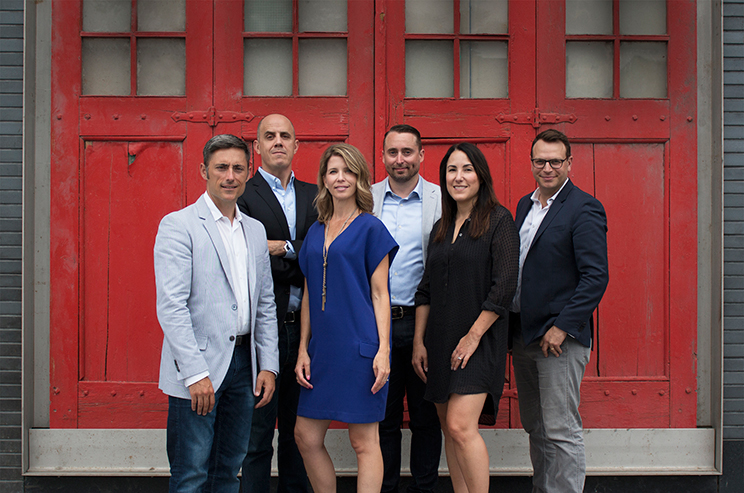 GREY Canada is pleased to announce that it has made a number of significant additions and appointments to its executive leadership group, galvanizing the agency’s overall level of expertise, business building capabilities and further bolstering its strong client-centric team culture.

Ian Westworth will lead strategic planning for GREY’s Toronto and Vancouver offices, all of its clients, its research practice, data team and core planning group. Westworth, who joins GREY from JWT, brings more than 18 years of experience to the role having worked at world-class advertising agencies including BBDO, Grip Limited, Leo Burnett and BBH New York. His client building experience includes work for global brands such as Coca-Cola, Kellogg’s, Chrysler, Honda, Nintendo, Diageo, Labatt Breweries, Ally Bank, Walmart, Johnson & Johnson, Wrigley and Nestlé. In addition to his time in advertising, Westworth spent three years in the research industry as a strategist, moderator and workshop facilitator.

“Ian’s depth and breadth of experience will ensure we bring clients strategies that are simple, focused and meaningful to all those the brand aims to connect with,” said Darlene Remlinger, President at GREY Toronto. “Ian knows how to dig deep into client research and has a great network of people to engage to refine great insights. We’re thrilled to have him aboard.”

Westworth joins a strong GREY Canada executive team that was recently renewed by several promotions to prepare the agency for sustained growth and creative excellence. Darlene Remlinger, was appointed President of GREY Toronto. Remlinger has been a leading force behind GREY’s creative resurgence and has contributed to award-winning work for Moms Demand Action, Post Foods and Ovarian Cancer Canada. Remlinger is consistently cited for her ability to nurture exemplary client partnerships and fostering a culture of innovation. She has provides strategic business leadership and consultation for leading brands such as PepsiCo, GlaxoSmithKline, Brown Forman, P&G and Post Foods.

Joel Arbez and James Ansley are GREY Canada’s newest Co-Executive Creative Directors. Overseeing all Toronto-based accounts together, they’ll run the office’s creative production, digital and social teams. Arbez joined GREY Canada at the beginning of January. He’s one of the most awarded art directors in the country and has consistently appeared at the top of the National Creative Report Card year after year. Arbez brings tremendous insight and non-traditional thinking to some of GREY Canada’s fastest growing brands, including Volvo, Salvation Army, METROLINX and Brown Forman’s Tequila Portfolio. Ansley has been at GREY Canada since 2011. Throughout his career, he’s worked on brands such as Jeep, Pepsi, RBC, Infiniti, Visa, Salvation Army and P&G. His work has been featured in D&AD, The One Show, Marketing Magazine, Cannes, The CASSIES and The ADCCs.

“James and Joel’s dedication to their craft will keep GREY on its upward trajectory and take our work into new, exciting territories,” said Remlinger.

About GREY Canada
GREY Canada is an office of GREY, the advertising network of GREY Group. GREY Group ranks among the largest global communications companies. Its parent company is WPP (NASDAQ:WPPGY). Under the banner of “Famously Effective Since 1917,” the agency serves a roster of blue-chip clients of many of the world’s best-known companies including Post Foods, GSK, Volvo, P&G and Brown-Forman as well as working with leading not-for-profits including Moms Demand Action for Gun Sense and Ovarian Cancer Canada. GREY Canada was a 9 Lion winner at Cannes last summer, took home the CASSIES Grand Prix award for advertising effectiveness last year for the second time in three years and just recently won the North American Grand EFFIE for effectiveness in advertising. (www.GREYcanada.com)