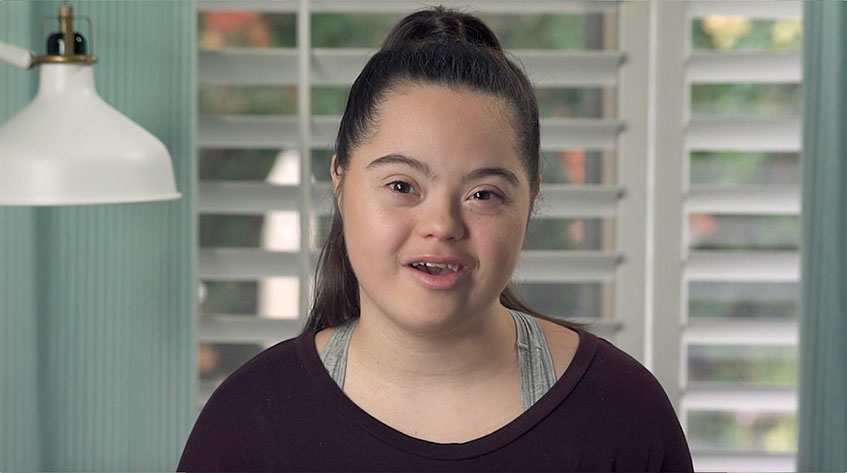 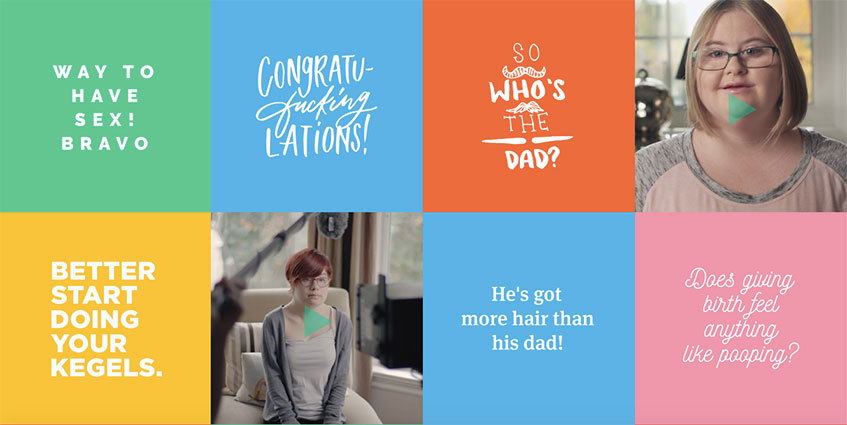 What do you say to parents when their child is born with Down syndrome?
Anything but “Sorry.”

When a baby is born parents are usually showered with oohs, aahs and congratulations. The last thing most people would say to a new parent is “sorry.” Yet this is exactly what many parents with a newborn with Down syndrome hear from friends, family and even their doctors. Already heartbroken, ‘sorry’ offers more heartbreak.

So what should well-wishers say? Literally, the only bad word is the ‘S’ word. This is the point the Canadian Down Syndrome Society (CDSS) is making in its new campaign, “Anything But Sorry.”

Launching to coincide with Canadian Down Syndrome Week, November 1-7, the campaign aims to educate and inform people on how to react appropriately when a child is born with Down syndrome.

Last year in North America 9,363 babies were born with Down syndrome, and as Kirk Crowther, National Executive Director of CDSS says, many of those births weren’t celebrated as joyously as they should have been.

“We want to help change the dialogue around those mixed feelings and encourage people to treat the birth of a baby with Down syndrome just as they would any other baby,” says Crowther.

Not only does the video educate about welcoming a baby with Down syndrome, it also gives the cast (many of whom were featured in last year’s “Down Syndrome Answers”) a platform to express their sense of humour and personality, shedding a more human light on the community and combatting stereotypes.

Viewers of the video will be directed to AnythingButSorry.com, where they can help make sure that every baby born with Down syndrome this year gets a warm welcome.

The website features a series of shareable e-cards with the same cheeky messages as “The ‘S’ Word” video. People are encouraged to visit and share a card to help reach the goal of welcoming all 9,363 babies born with Down syndrome in North America this year. When the goal is reached, a thank you video from the same cast will be released. The site also gives people the opportunity to purchase a set of printed “Anything but Sorry” congratulations cards, with proceeds benefiting the Canadian Down Syndrome Society.

Ed Casagrande, Vice-Chair, CDSS Board of Directors, and father of four-year-old Emma, who was born with Down syndrome, hopes the campaign helps people to see that having Down syndrome is nothing to apologize for.

“The word ‘sorry’ has a negative impact and people should be aware of this when speaking to new parents,” he says. “We need to change the thinking from a feeling of sorrow to a feeling of celebration. People with Down syndrome live meaningful and fulfilling lives full of great accomplishments. That’s nothing to feel sorry for.”

“That moment of awkwardly reaching for the right words is what the campaign is aiming to intercept,” says Jeff Hilts, Chief Creative Officer at FCB Canada. “It’s about education. Many friends in that situation would not know how to respond, so by showing people you can say anything but sorry, we’re arming them with the ability to react and celebrate the moment in the right way.”

While the campaign targets those who might struggle with what to say to new parents of a baby born with Down syndrome, it also addresses the mixed feelings that parents might have about their own reactions to their baby’s birth. Since they are less likely to post a baby announcement on social media if their child is born with Down syndrome, “Anything But Sorry” uses the Facebook’s Life Events feature to offer them a second chance to add that missing post and celebrate the birth of their child with friends and family.

Another component of the campaign is directed at doctors, who will be sent information by direct mail encouraging them to change how they speak to parents who have a baby born with Down syndrome.

“Often, for parents, the most jarring reaction is that from their doctor,” says Ben Tarr, member of the CDSS Board of Directors, and father of six-year-old Leo, who was born with Down syndrome. “I wish those who first told us that Leo had Down syndrome had been trained in what a negative sentiment like ‘sorry’ does to a person. I hope targeting doctors helps those in the medical community understand the power of their words. It’s not going to be easy, sure, but don’t be sorry.”

Like “Down Syndrome Answers,” “Anything But Sorry” also leverages Google AdWords to answer some of the top search queries made by friends and family when a child is born with Down syndrome. When people Google questions like “What do you say to parents who just had a baby with Down syndrome?” the top result will direct them to videos of individuals with Down syndrome answering their question—that you should say the same thing as you’d say to the parents of any new baby.

Campaign Title: Anything But Sorry
Client: Canadian Down Syndrome Society