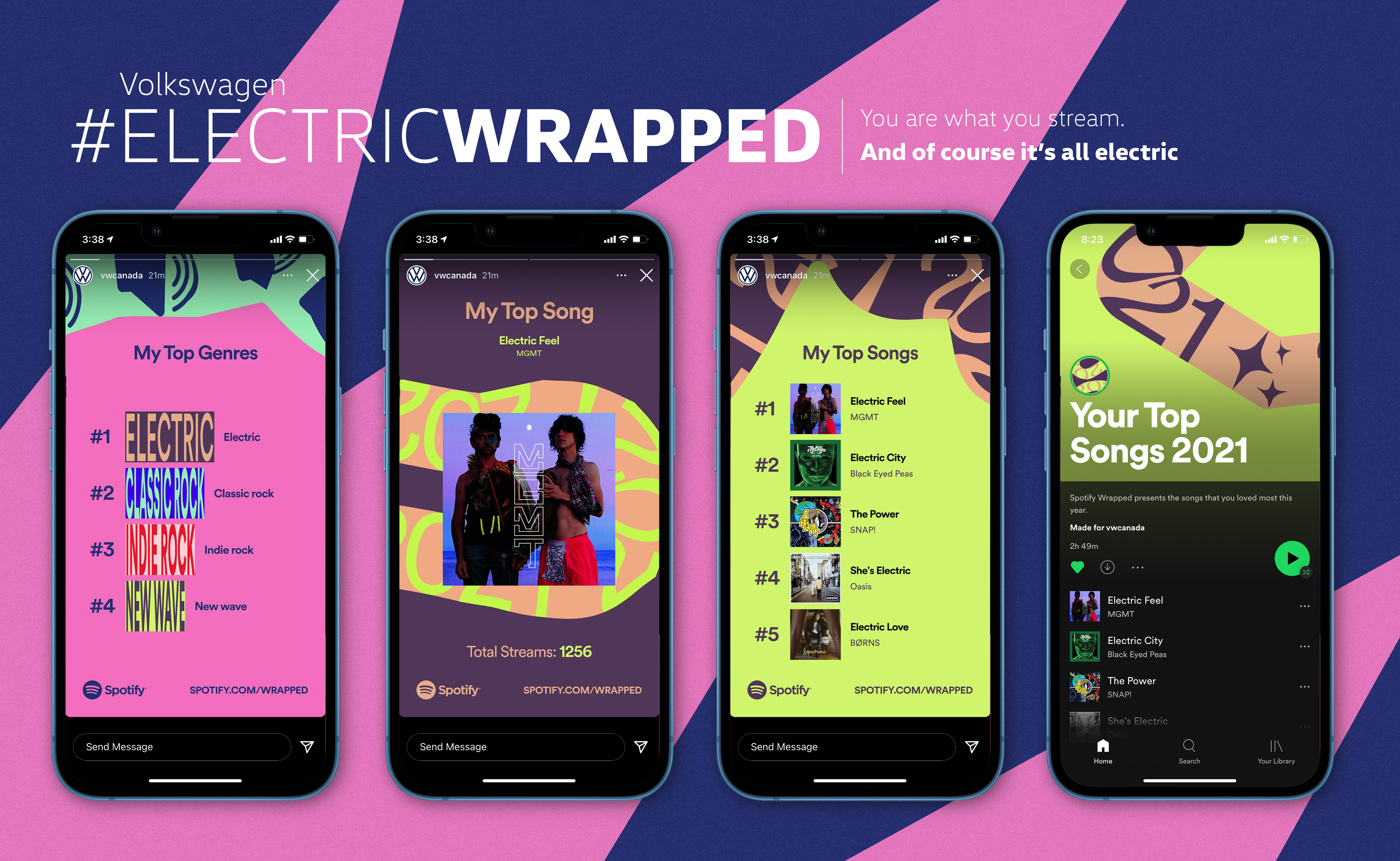 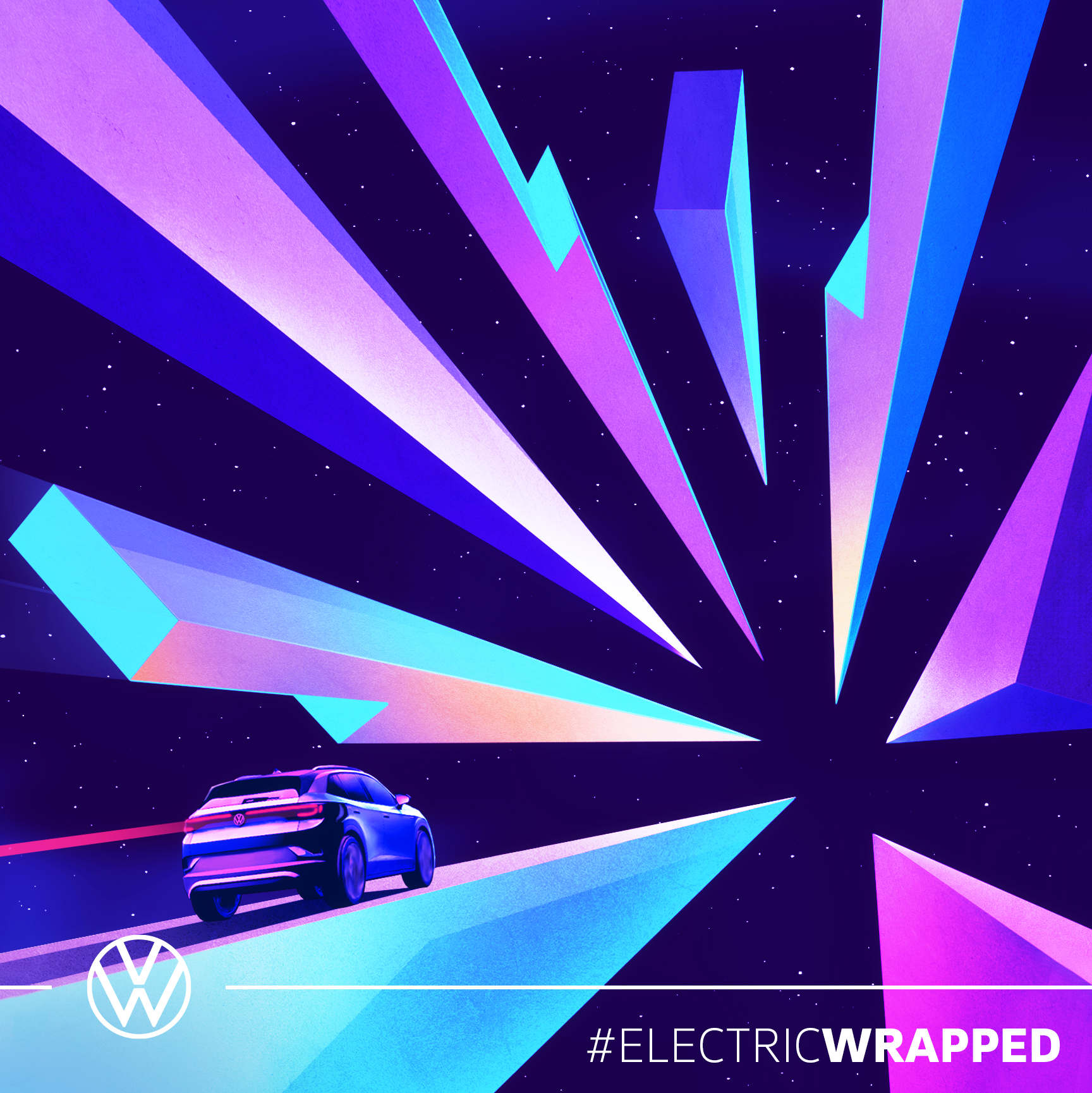 The car company leveraged the streaming service’s annual round-up of people’s most played songs to create #ElectricWrapped, a playlist plugging its commitment to an electric future. For the brand, 2021 was a totally normal and electric year in music.

Volkswagen Canada is plugging into Spotify Wrapped, the streaming music service’s annual round-up of its users’ most streamed songs, with an innovative campaign called “A Year in Electric.”

Spotify Wrapped has become a significant social moment in recent years, with millions of people around the world taking to platforms like Facebook and Twitter to share the playlist of their most-played songs over the previous 12 months.

Celebrities including Lin-Manuel Miranda, Ariana Grande and Chance the Rapper have all shared their “Spotify Wrapped” playlist in previous years, but no brand has revealed its own. Until now.

Volkswagen’s agency, TYPE1, with creative handled by TAXI, saw an opportunity to promote the car company’s commitment to an electric future. Literally a year in the making, “A Year in Electric” is a truly electric—and eclectic—playlist exclusively populated by songs related to electric power that run the gamut from hip-hop to pop to heavy metal. For the brand, listening to these ‘electric tracks’ was totally normal in 2021.

Over the past year, the music fans in charge of Volkswagen’s Spotify account have listened to nothing but songs related to electricity, green energy, the environment, etc. That generated a “Spotify Wrapped” playlist demonstrating its belief in an all-electric future, highlighted by songs like Drake’s “Charged Up,” Katy Perry’s “Electric,” and AC/DC’s “High Voltage.”

“At Volkswagen Canada, we live #electric and are committed to a future that’s #ElectricForEveryone,” said Lynne Piette, Director, Marketing at Volkswagen Canada. “This year’s Spotify Wrapped also proves that vision and commitment.”

“It’s always fantastic when a brand can put their mission into action. Volkswagen’s commitment to carbon net neutrality is more than just a statement,” said Alexis Bronstorph, Co-Chief Creative Officer, TAXI. “We can bring this to life in really fun ways, like getting in on something we all love to share—Spotify Wrapped.”

Volkswagen is sharing the playlist on its Spotify channel and across its various social channels, complete with exclusive cover art created by Montreal illustrator Oska that features a stylized version of the front of a Volkswagen.

It has also created a video sharing the Spotify Wrapped playlist that reflects how much its drivers love to listen to music in their car, while directing viewers to its own collection of “electric listens” that reflect the conversation around electric mobility. 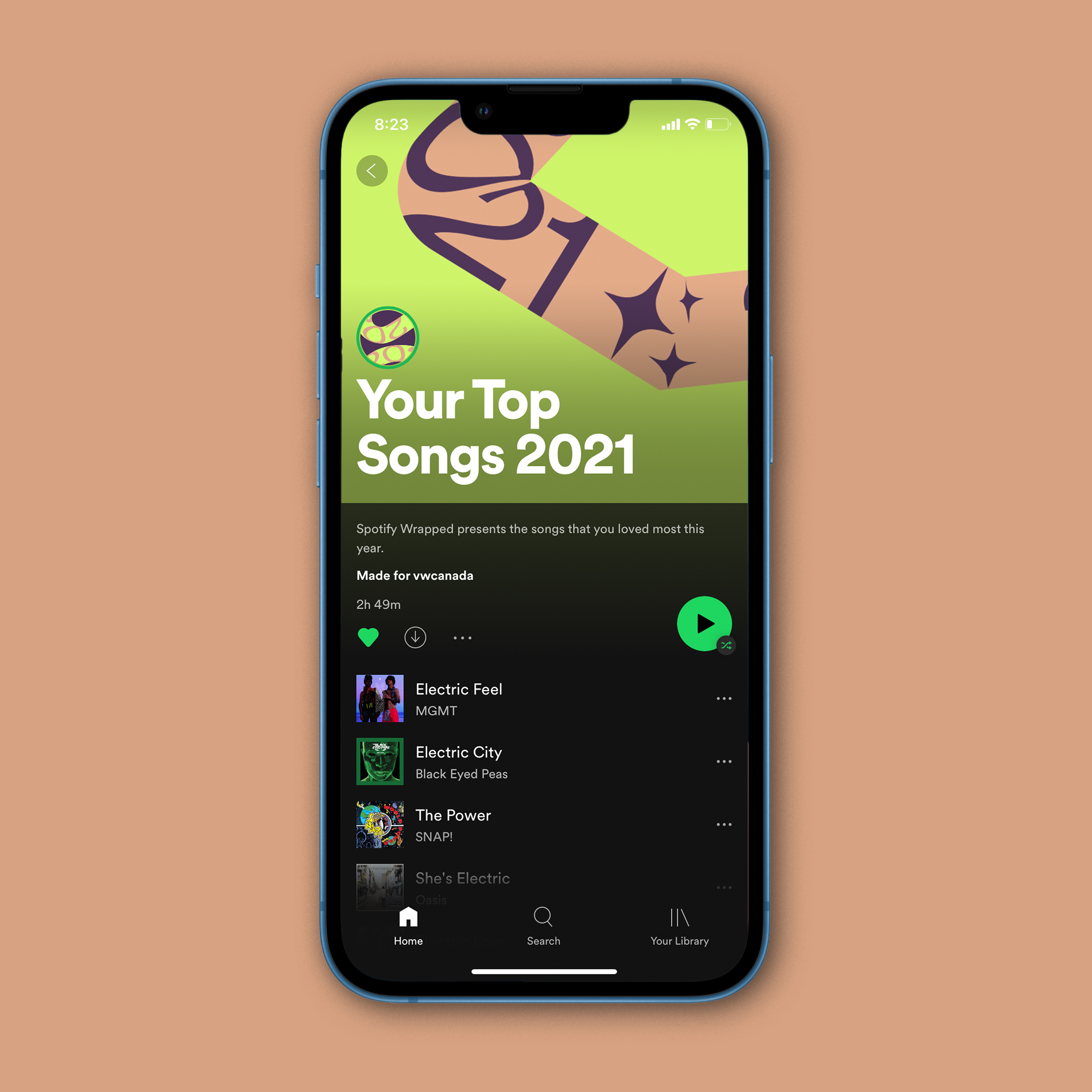 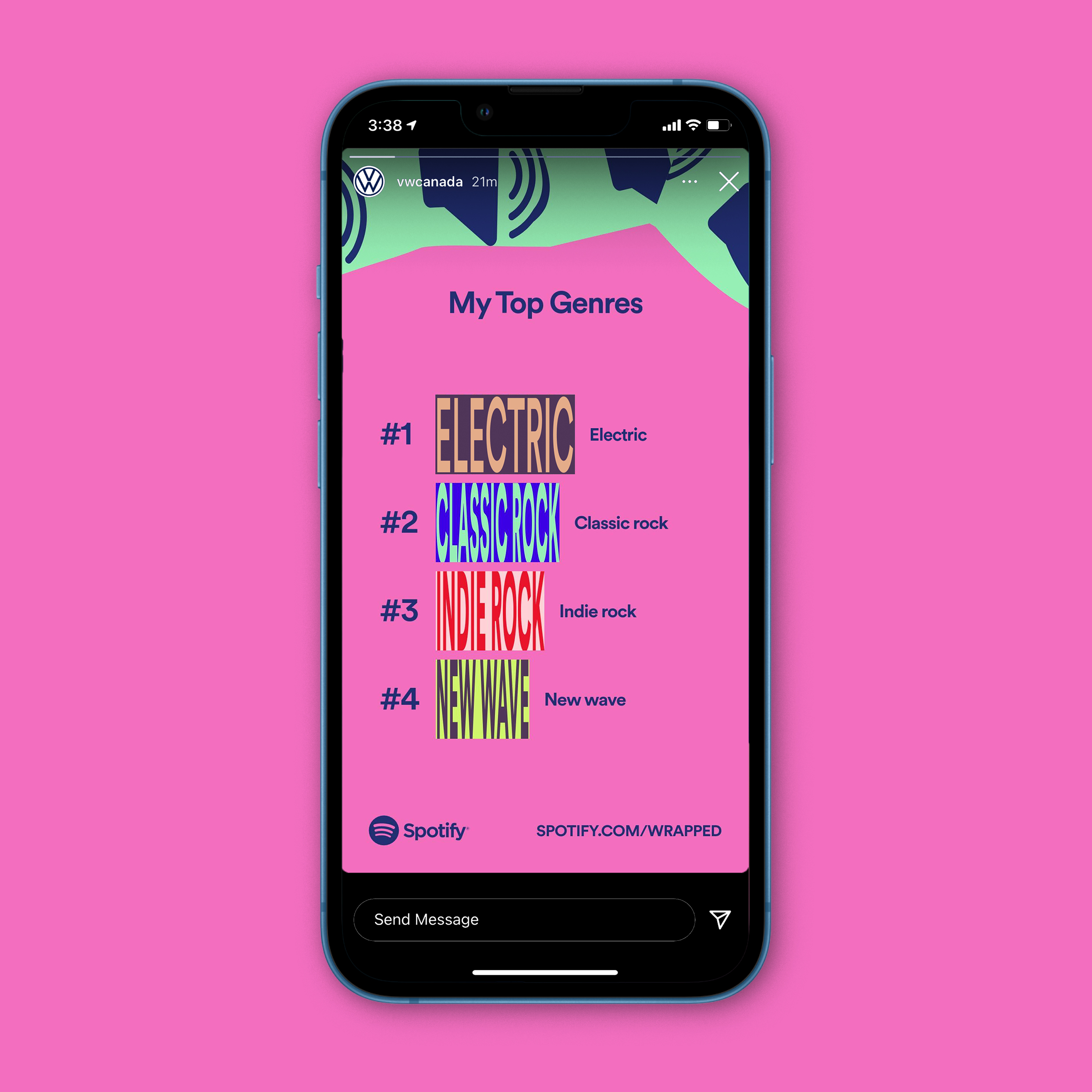 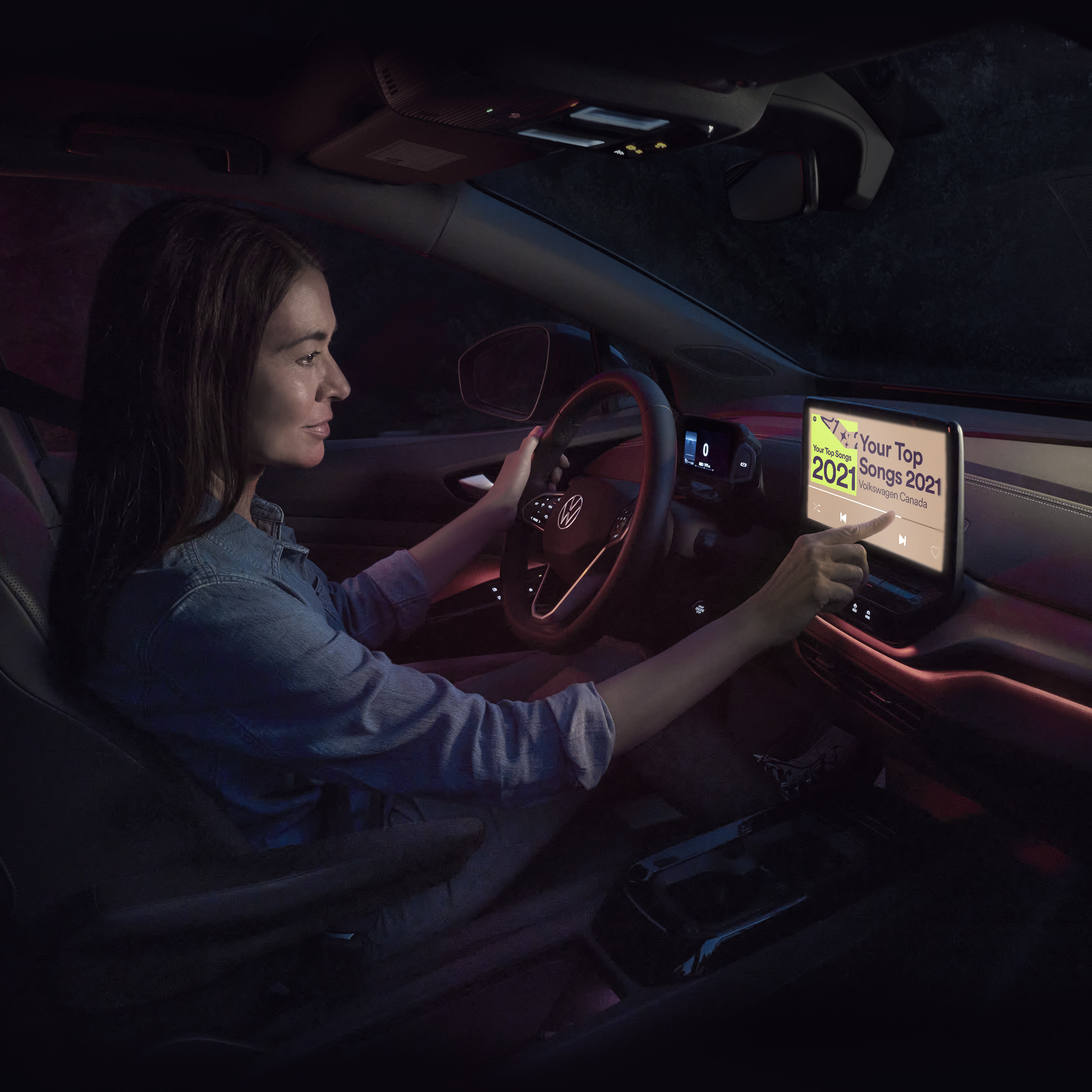