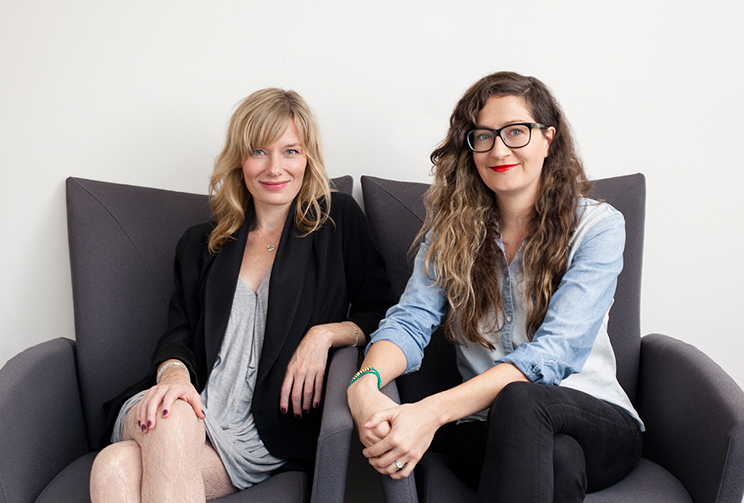 Specializing in broadcast and digital production, the shop represents a diverse roster of established and up-and-coming talents, and has forged partnerships with digital and post outfits in order to offer clients a full-service experience tailored to integrated campaigns.

Fletcher began her production career at Brown Entertainment, starting out as an executive assistant and quickly becoming an integral part of managing the company’s operations and sales activity. She eventually became an owner in the company, and after eight years she took an executive sales role at Untitled Films.

A former executive producer for Untitled Films, Estelle Weir started her production career at Radke Films before moving to its sister prodco OPC to take up the head of sales position. After four years at OPC, she became a sales executive for music company Grayson Matthews.

Drew Lightfoot is a director of performance, animation, fx, visual storytelling, fashion and documentaries. Currently Drew is filming/editing a feature film documentary called Spotless about the art world and the corresponding ‘Artonomics’. Drew is represented in the US, UK and France by Passion Pictures.

Jamie Travis is a director of comedy, dialogue, visual storytelling, fashion, and musicals. Jamie is currently prepping his second feature film When We First Met and his MTV pilot Faking It was just picked up. Jamie is represented in the US by Interrogate.

Jim Hosking is a well-known director of comedy, dialogue and performance. Jim is represented by Hungryman in the US, UK and Australia.

Sean McBride is a Toronto-based Director/DOP who brings technical strengths and style to his car work as well as beautiful visuals to his lifestyle and docu-style content.

David Tindale is a visual storyteller who shoots epic feats of motion in sport. David is represented as ‘Popular’ by Gifted Youth in the US.

Chris Chilco is a director of long format and web content as well as stunts and live event documentations.

m ss ng p eces is a Brooklyn-based creative production company inspired by storytelling, technology and the limitless potential of the web. They provide production, creative, and design services to likeminded collaborators for television, online, mobile and live experiences. Their roster brings together some of the best young directors in the world, who are supported by an extraordinary network of production and post-production talent.

They are the only production company in the Creativity 50 this year.

Someplace Nice is pleased to extend their roster to photographers too, additionally both photographers represented also shoot motion.

Marcus Eriksson is a photographer, director and designer who has built a stunning sports portfolio with clients such as Nike and Air Jordan. Marcus is represented in the US by Art & Motion.

Robyn Vickers is a London based tabletop photographer & director who has created conceptual images for advertising and editorial clients the world over. Robyn is with Lucid Representation in the UK.