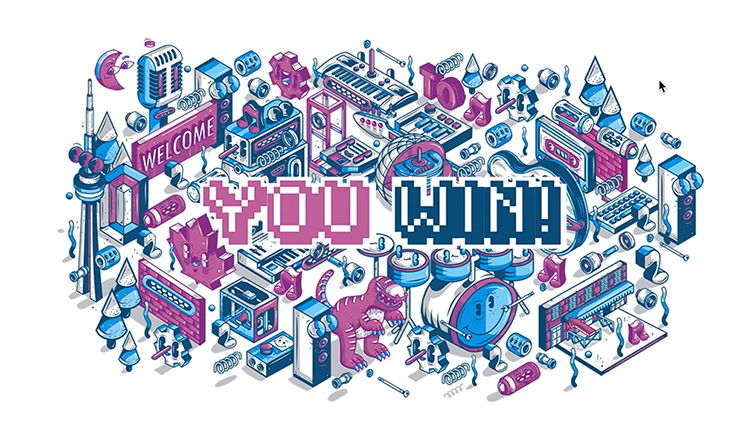 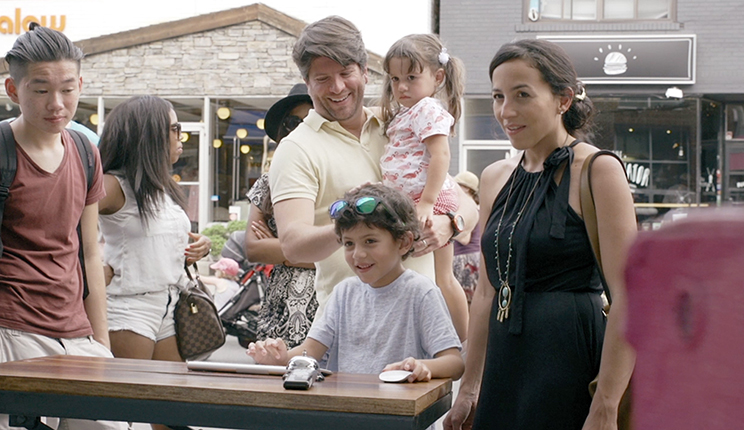 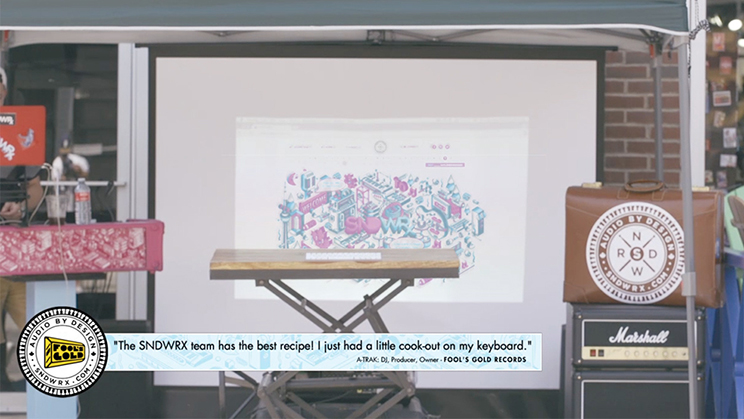 A little yodelling, a bit of falsetto and some good old barbershop quartet, these are just some of the many musical easter eggs that reward people for visiting SNDWRX’s brand new interactive website. There they can play a sound-based trivia game or create their own musical compositions. It’s a virtual musical playground with a gameshow-like feel that mixes sonic samples with audio-inspired animations whilst putting music production at users’ fingertips.

An ode to the world of growing sound design technology, video games and the kinds of true-skool samplers and drum machines the SNDWRX team still loves to play with, the website was developed to bring the joys of music production to the masses. Its launch also coincides with the opening of SNDWRX’s brand new studios in Toronto’s Kensington Market.

SNDWRX, an award-winning audio collective, believes sound has the innate ability to ignite imaginations and the power to bring images to life. By transforming their computer keyboards into virtual sound machines, the new SNDWRX website encourages visitors to let their creativity run wild. They can press any letter to trigger sounds and create their own tunes, or run their mouse over music notes to make their own melodies. Pretty much anything people touch makes a sound and they can even collaborate with friends, using two or more laptops, or even mobile devices, to play together.

To showcase the new website, SNDWRX recently took to the streets in front of their Kensington Market​ digs to give people a chance to make their own music, play the trivia game, and win some prizes. View a video showcasing how the site works above.

“Since we opened up shop, we’ve worked with many clients on creative projects so we wanted our site to provide the right forum to not only show people how we work, but why we work the way we do,” said Didier Tovel, Creative Director, SNDWRX. “We absolutely love to reinvent, to challenge and be challenged. Whether it’s for commercials, long format content or even video games, we want people to get a sense of who we are and what we stand for: creation.”

The website also further tests visitors’ musical mettle with a fun and simple trivia game that anyone can play. Clues on a letter board prompt people to uncover 26 sound-related words, each one corresponding to a different letter of the alphabet. If they get the answer right, the site rewards them by unlocking cool and surprising easter egg animations. Those who uncover all 26 words will win the challenge and be gifted with some great SNDWRX gear, or even a free music session in SNDWRX’s brand new studios. Then, with a simple click of a button, they can boast about their musical prowess and issue the challenge to their friends on Facebook and Twitter.

All of the sounds featured in the beat-making game were crafted in SNDWRX’s Toronto studios by its team of sound designers and composers over a 6-month period. They will be updated periodically in the coming months to keep things fresh. The sound collective is also in the process of designing a mobile application that will take the website’s concepts to totally different level. All in all the new SNDWRX website is pretty awesome, but don’t just take our word for it.

Here’s what some other people had to say about it:

“Awesommmmeee. Love the responsiveness! It’s like having your own drum machine” – Craig McIntosh, Creative Director, Anomaly. 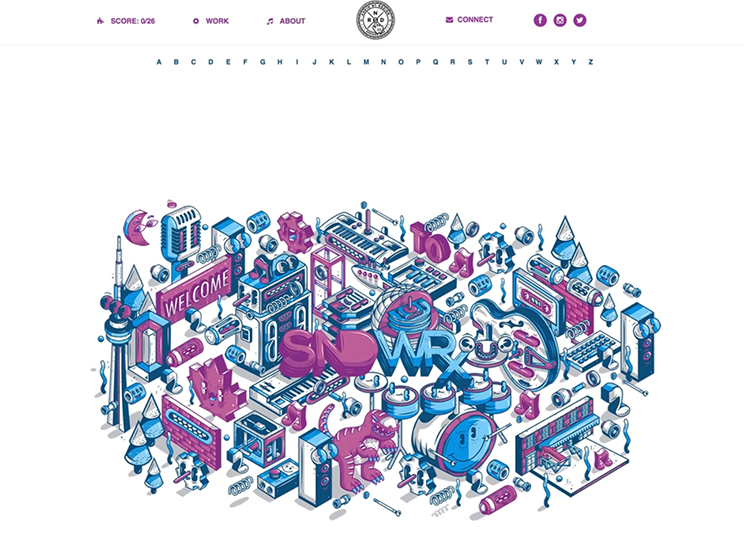 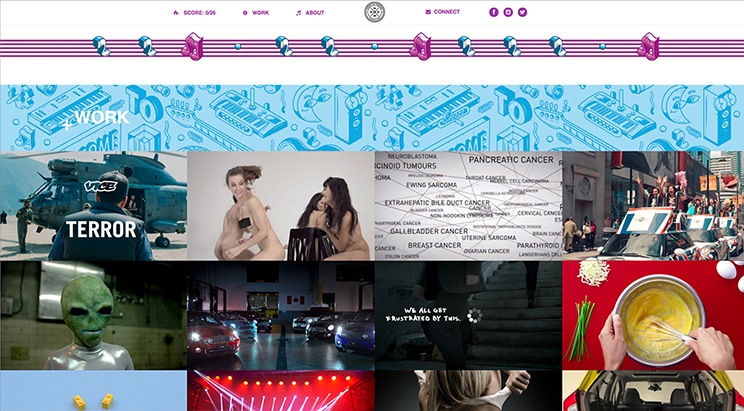 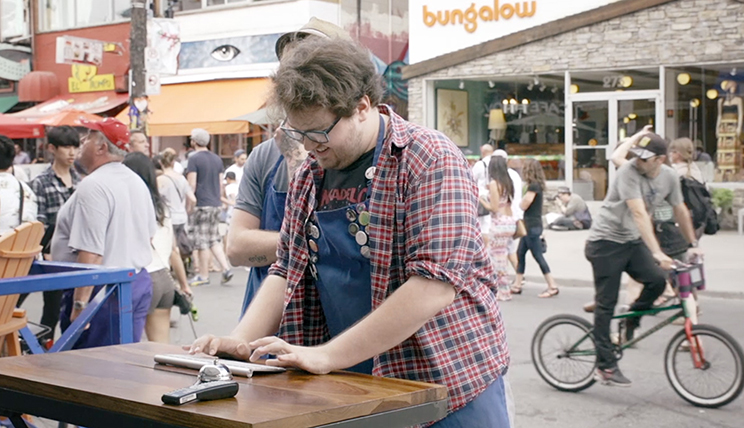 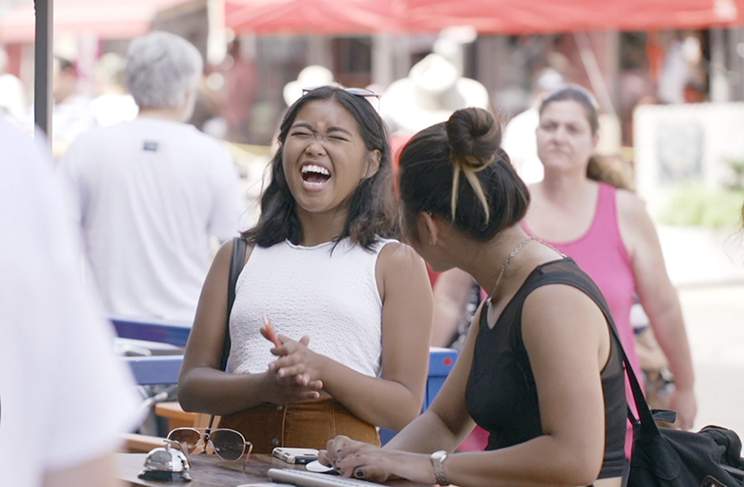 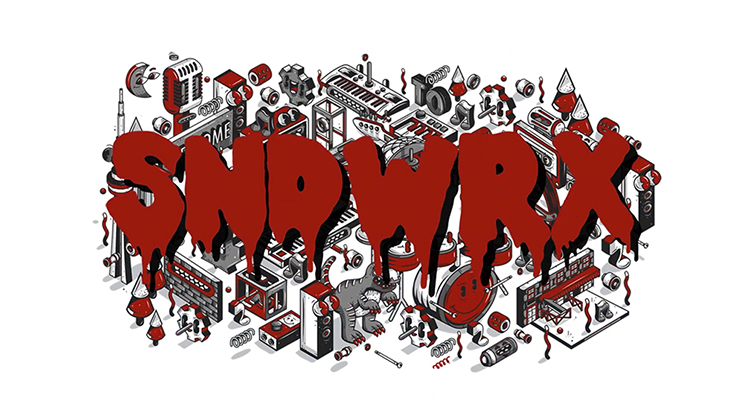 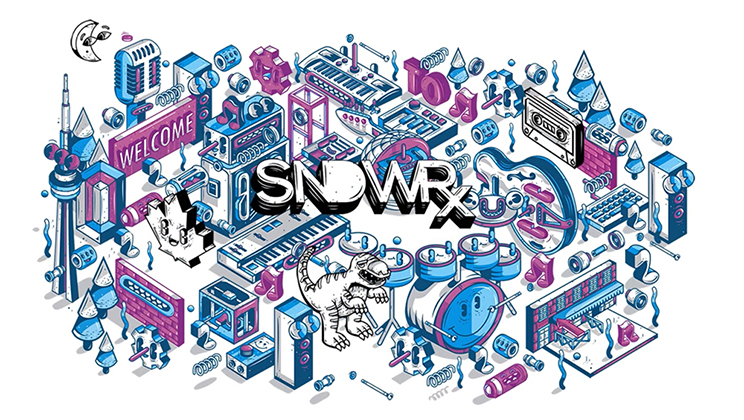