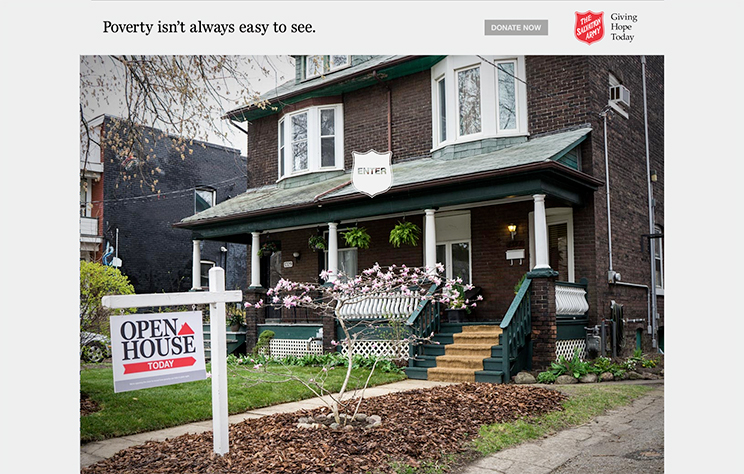 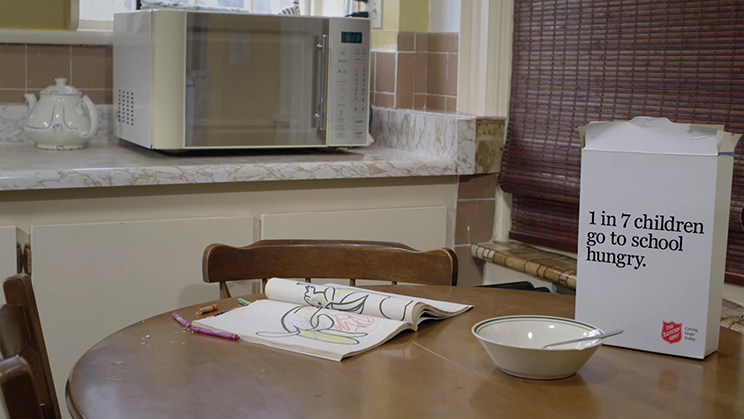 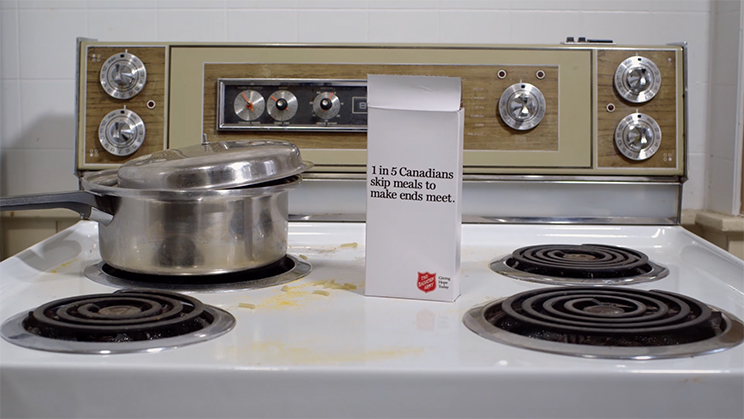 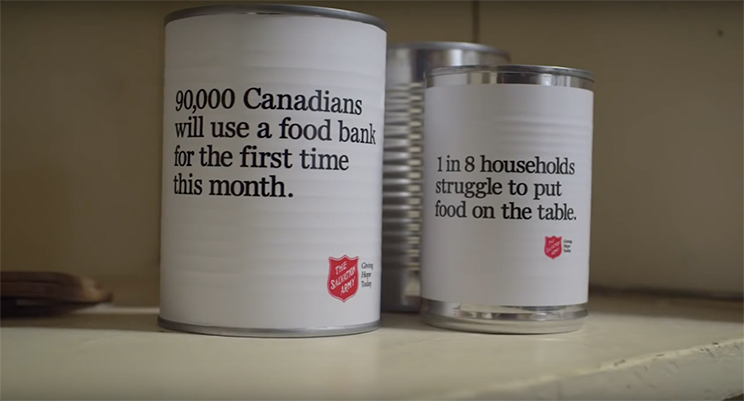 The Salvation Army has launched a new awareness-raising exhibit and video series to help 1 in 10 Canadians living in poverty. Together with its Agency of Record, GREY Canada, the charity has created a new campaign entitled “Poverty Isn’t Always Easy to See”, an initiative aimed at showing people that their fellow Canadians struggle to make ends meet even with a roof over their heads. The campaign raises awareness to the fact that those in need aren’t solely homeless and encourages donations outside of the holiday season. The online, out-of-home and print campaign aims to inspire donors to become monthly donors.

Serving in over 400 communities, The Salvation Army is Canada’s largest non-governmental provider of social services in Canada. They offer practical assistance for children and families, often tending to the basic necessities of life, provide shelter for people experiencing homelessness, and rehabilitation for those who have lost control of their lives due to addiction.

“Thanks to our generous donors, The Salvation Army assisted over 1.8 million Canadians with food, shelter and other practical assistance last year,” says John McAlister, National Director of Marketing and Communications. “We’re passionately committed to eradicating poverty and caring for people who are struggling. This initiative will help educate the public about what it means to live in poverty – and what they can do to help.”

The campaign staged a real life “Open House” exhibit to show how poverty often remains hidden behind a seemingly fine exterior. From the outside, the home looked well kept. But inside, the public was faced with a different reality. Unknowingly, the public walked into a home representative of a family living in poverty. The open house provided an interactive, immersive experience with plaques and visual displays highlighting the struggles of over 300,000 Canadians living in poverty. The house featured hidden cameras to capture people’s reactions to the displays. The entire experience can be found at salvationarmyopenhouse.com.

The campaign includes one long-format video, two 30-second online videos and a 360-degree virtual home tour where viewers can experience the open house digitally. The video ends with a call for donations, guiding donors to a redesigned Salvation Army donation page where users can take the 360 ‘open house’ virtual home tour for themselves. In the first 24 hours, the campaign had over 300,000 organic views and shared 2,500+ times.

“We’re extremely proud of our relationship with The Salvation Army and our entire agency is passionate about the cause,” said Darlene Remlinger, President of GREY Toronto. “We wanted to help people think about poverty differently. Poverty may be closer to us than we might believe. In a country this advanced and this wealthy, how can we not be doing more to help the less fortunate among us?”

All media planning and placement was handled by MediaCom. The campaign will run through to the end of June.

The print campaign is posted below. Full credits are at the bottom of this page. 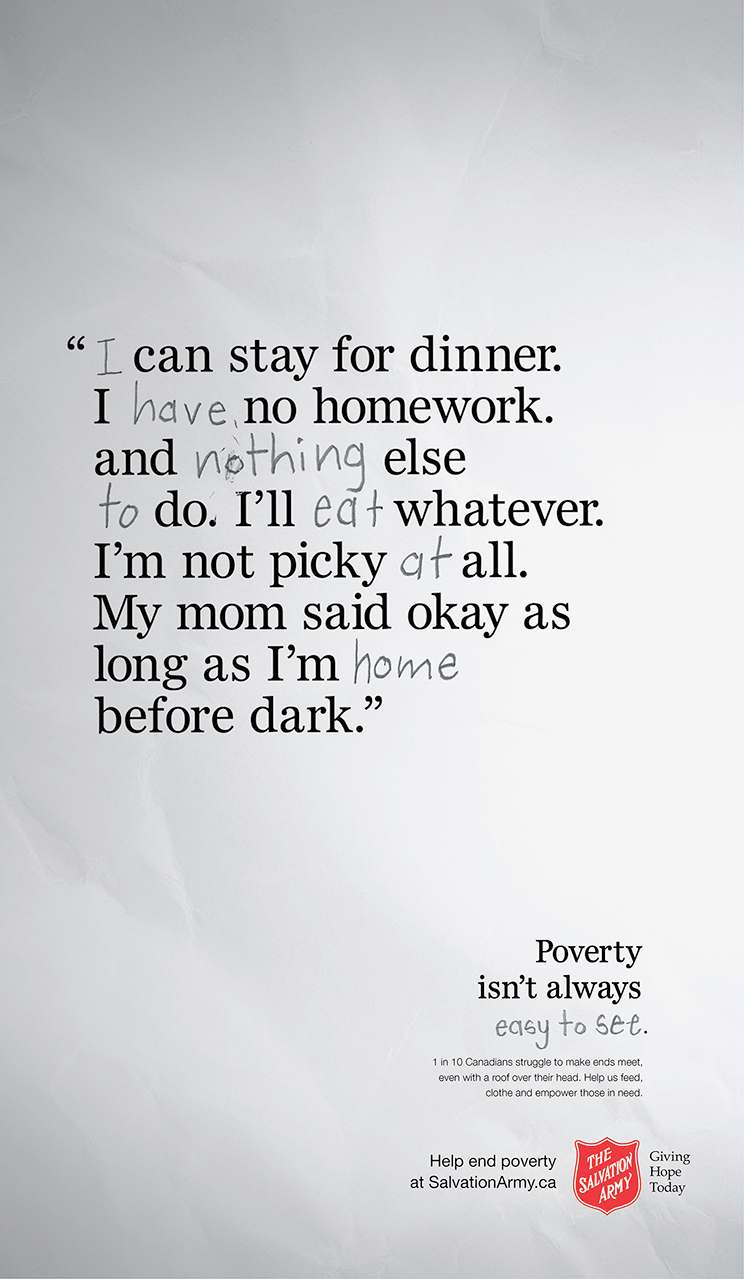 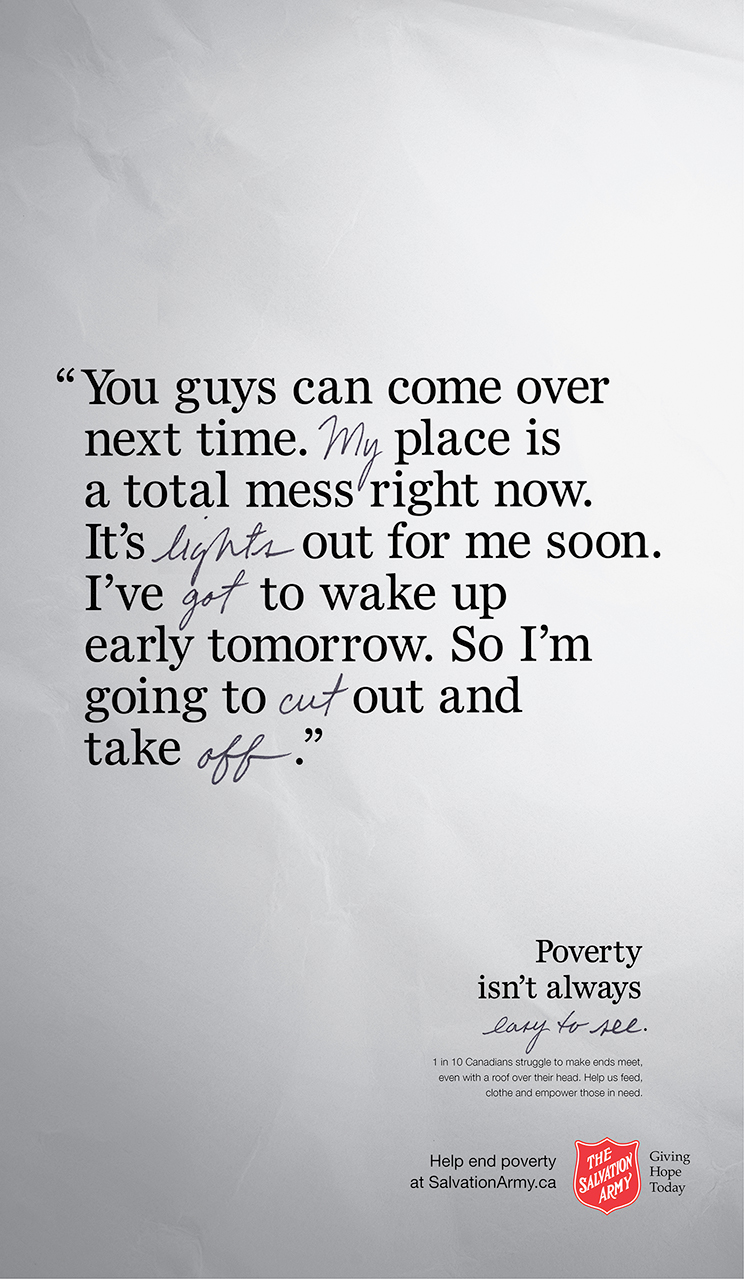 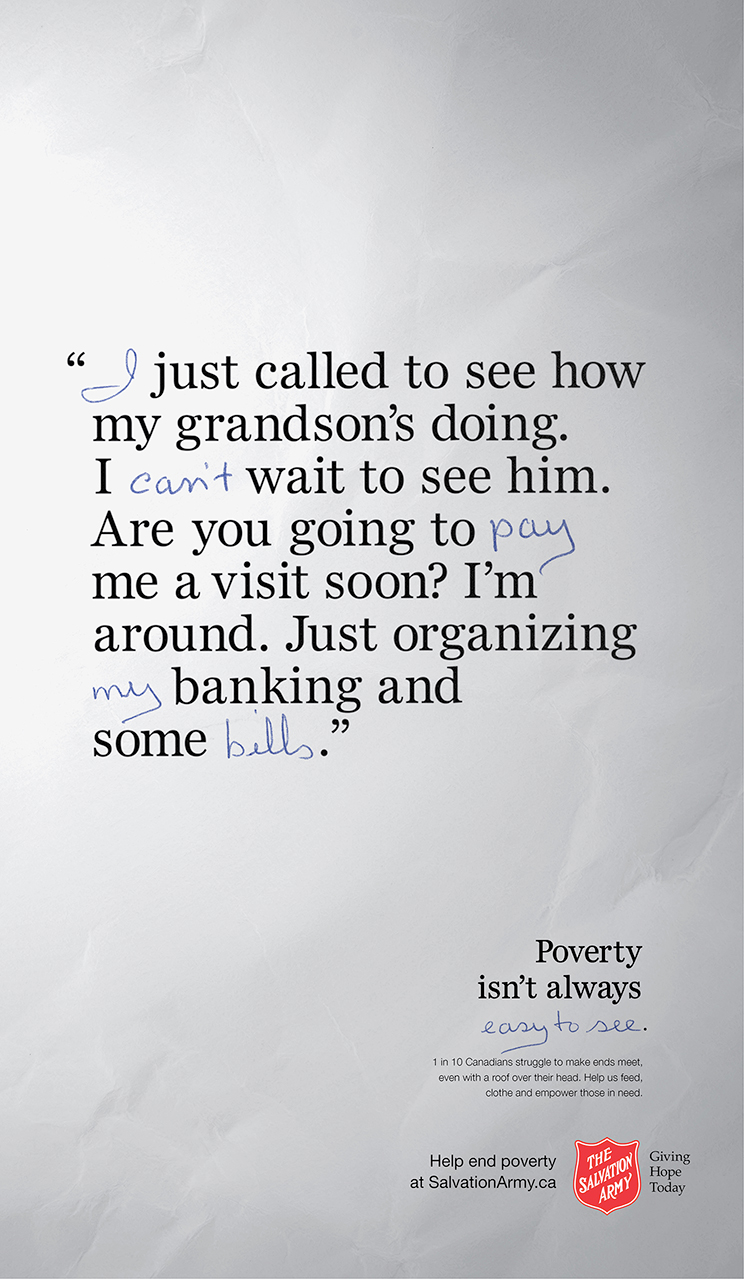