A World Without Y 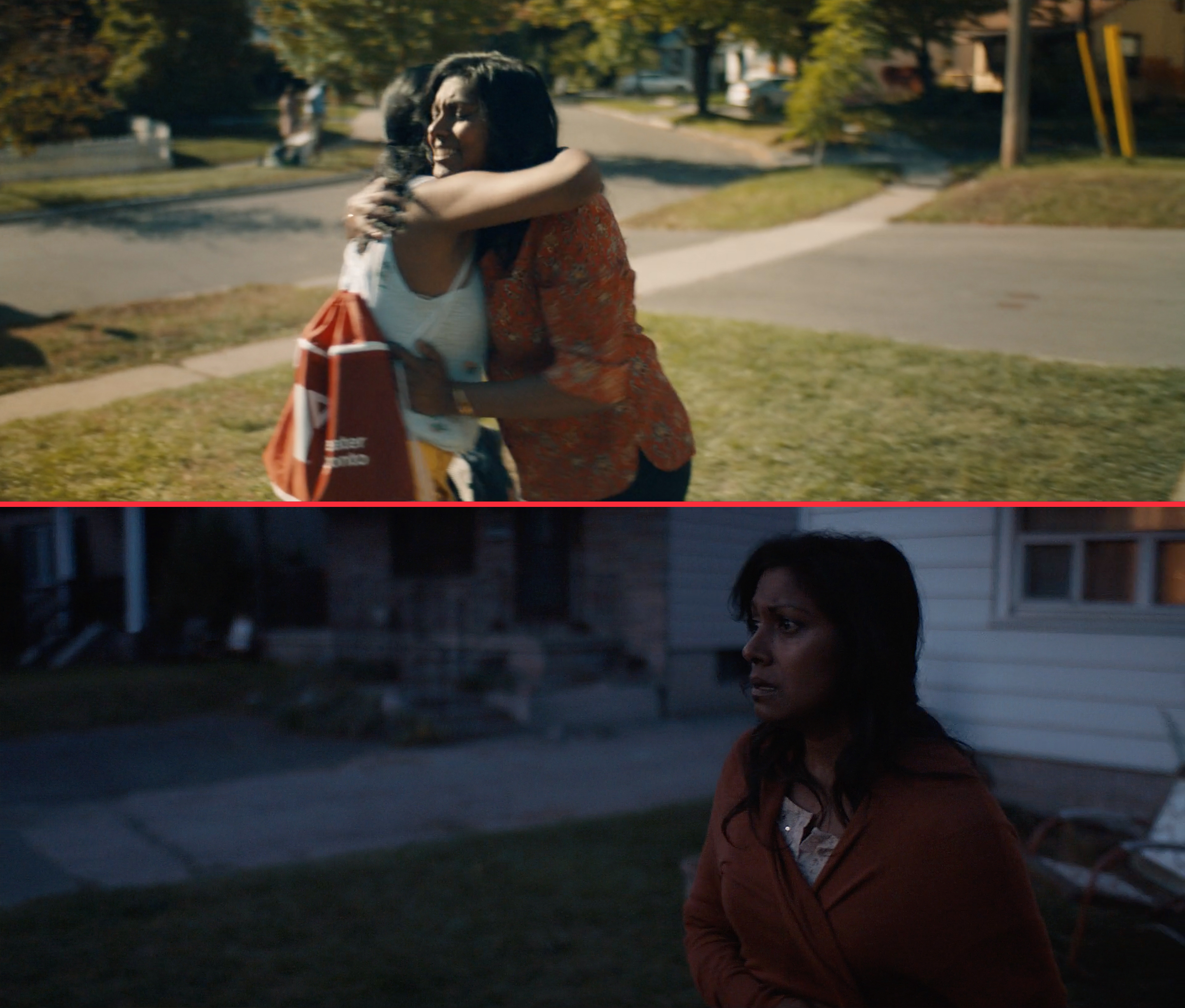 Two versions of the same story play out in a moving new ad for the YMCA of Greater Toronto.

Sometimes having the right support can be the difference between night and day. That’s the message at the core of “A World Without Y,” a deeply affecting spot for YMCA of Greater Toronto that uses lightness and darkness to show how starkly a family and community can be affected when social supports and family services are not available.

Built around an immigrant family and their community, the same story plays twice out in one continuous camera move. The first shows them happily awaiting the return of their daughter from a YMCA camp, while outside is a picture of suburban bliss. The story is then repeated but this time the family is distraught over their missing child and the neighbourhood is full of trouble.

“A World Without Y” was conceived by director Edward Andrews of Toronto-based production company Skin & Bones and creative director Jonathan Guy. Tasked to develop a concept that shows how the YMCA helps solve social problems in communities through providing support for everyone regardless of status or income, Andrews and Guy collaborated around the concept of what communities would look like if the YMCA never existed.

“We wanted to develop an idea that enables the viewer to really feel what it’s like to live in a community that has support, and one that doesn’t,” Andrews says. “However, as dissimilar as the two worlds seem, that is only one core difference. Support.”

To place the viewer in the centre of each reality, Andrews filmed the story as a continuous one-take. Actors repeated the same movements and dialogue in each world. The effect is that the viewer is drawn to focus in on the mother’s emotions as she interacts with her family and the community.

By telling this story through the eyes of a newcomer family, Jonathan Guy says they were able to show the huge impact support, or lack of support, has on a community in a city like Toronto, which is growing at such a rapid pace. “Filming it as a one-take was the only way to do it; we didn’t want to do a spot full of vignettes,” Guy says. “It allowed us to take you on a journey with our mother and feel everything she feels but also reveal how each of her two worlds are affected.”

Of course, it’s impossible for two realities to exist at once. Achieving the effect required one very specific edit from Warren Goodwin of The Assembly.

“This project was a special challenge,” Goodwin says. “It looks like a single shot but we hid an edit halfway through the cut, meaning the crew had to flawlessly replicate every move and every cue exactly in order to build that seamless transition. Edward and I laboured over each of the 24 takes until we found two that were as close to perfection as possible and then with the help of the VFX team at Alter Ego, seamlessly stitched them together as we turn past the wall and pivot from our happy family to a parent’s worst nightmare.”

Goodwin, Andrews and Guy worked with Didier Tovel at Toronto-based SNDWRX to layer in as much sound design as possible in order to draw the viewer into the world the team had so meticulously crafted, while heightening the already fraught emotions of the final scene. The haunting score is by Australian singer-songwriter and composer Jed Kurzel and is from the feature film Snowtown. Kurzel.

Andrews has worked on feature films such as Inception, Blade Runner 2049, The Dark Knight Rises, and Skyfall as a visual effect compositor in his native England and in Vancouver before moving to Toronto. He says he drew inspiration from British directors such as Andrea Arnold and Lynne Ramsey for the spot’s authentic level of realism in the performances “We were lucky enough to work with Shasta Lutz at Jigsaw casting to find a fantastic cast and really bring that level of authenticity to the images and camera move. To top it off the music and sound design really brought the emotion that we were looking for,” he says.

“In the end I think we crafted something that is immersive and cinematic in a way commercial work very rarely gets the chance to be,” adds Goodwin.

Credits:
Title: A World Without Y