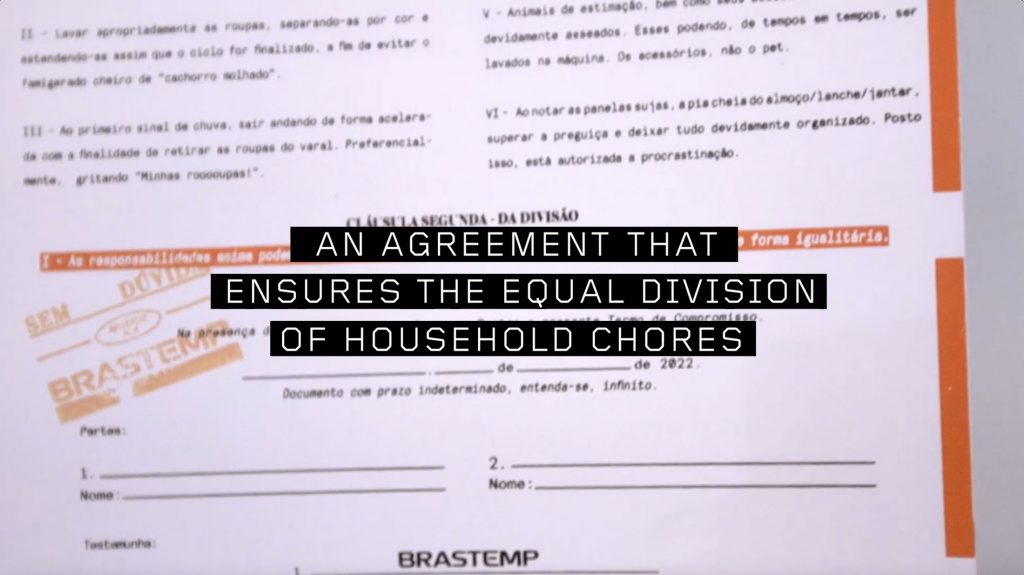 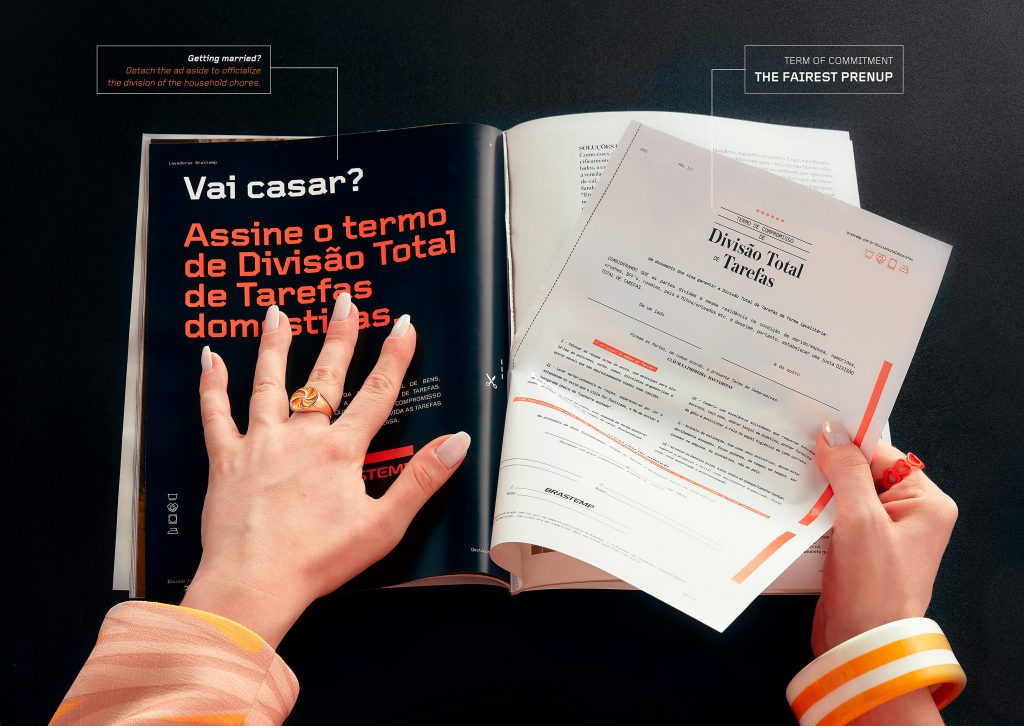 The agreement is part of the brand’s ongoing efforts to reduce the disparity in the division of household work between couples.

Do you promise to love, cherish, and do your fair share of household chores? As part of its ongoing efforts to humorously highlight the discrepancy between how household tasks are divided among couples, appliance company Brastemp Whirlpool has introduced “The Fairest Prenup.”

The agreement makes the equal division of household chores a “legal” obligation, asking couples who are about to share a home to promise to assume equal responsibility for doing the laundry, cooking, cleaning, etc.

The campaign, a follow-up to last year’s successful “Wash Away Excuses,” is built around the insight that while household chores should be everyone’s responsibility, there is not a fair division of labour among couples—with women overwhelmingly assuming the bulk of responsibility.

According to research developed in partnership with Think Olga, a Brazilian non-profit that uses communication, technology, and education to create a positive impact on women’s lives, women spent an average of 21 hours a week—representing seven years of their life—on these household tasks.

Among the clauses in the accompanying “Full Division of Chores” agreement:

I. Put dirty clothes in the laundry basket, reversing the modus operandi of storing them on armchairs, sofas, beds, exercise bikes, and other furniture commonly mistaken for hangers.

II. Make your bed right after getting up. The excuse that making the bed is a waste of time, as it will be undone again in a few hours, has no legal validity according to the laws of the house. Not least because it is crystal clear that this is a lousy excuse.

III. Do not leave any coffee in the bottom of your coffee mug, as it might stain the mug. (Disregard this item for purposes like reading the future in coffee grounds.)

“The overburden caused by household chores, especially for women, is a significant issue that must be discussed,” says Whirlpool Marketing Director Allyne Magnoli. “Brastemp has a very important role in this journey, and has been raising the topic in a good-humored way in recent marketing campaigns. The Full Division of Household Chores Agreement is a lighthearted way of moving beyond the debate to engage couples, families and even friends who live together.”

To reach engaged couples and others who might be preparing to move in together, FCB is promoting the “contract” in contextually relevant environments—including a tearaway page in wedding magazines, billboards in the vicinity of county clerk’s offices, and online wedding registries. An accompanying website housing the “Full Division of Chores” agreement enables people to choose the clauses that work best for them before digitally signing the document.

Influencers Camilla de Lucas and Matheus Ricardo are among the signatories to the agreement, creating a video showing them signing and posting it to her Instagram feed and the campaign’s landing page. Brastemp has also invited influencers Rafa Brites and Felipe Andreolli, Hanna Khalil, Mandy Candy, Fred Nicácio and marriage website Zankyou to sign the agreement and promote conversation around the subject.

“We approached a serious topic in a fun way in order to promote the urgent discussion about dividing the household chores among everyone who lives in the same home,” says FCB Brasil Executive Creative Director Anna Martha. “As a society, we are still far from acknowledging that this is real work, and that in most homes only one person is responsible for doing it.” 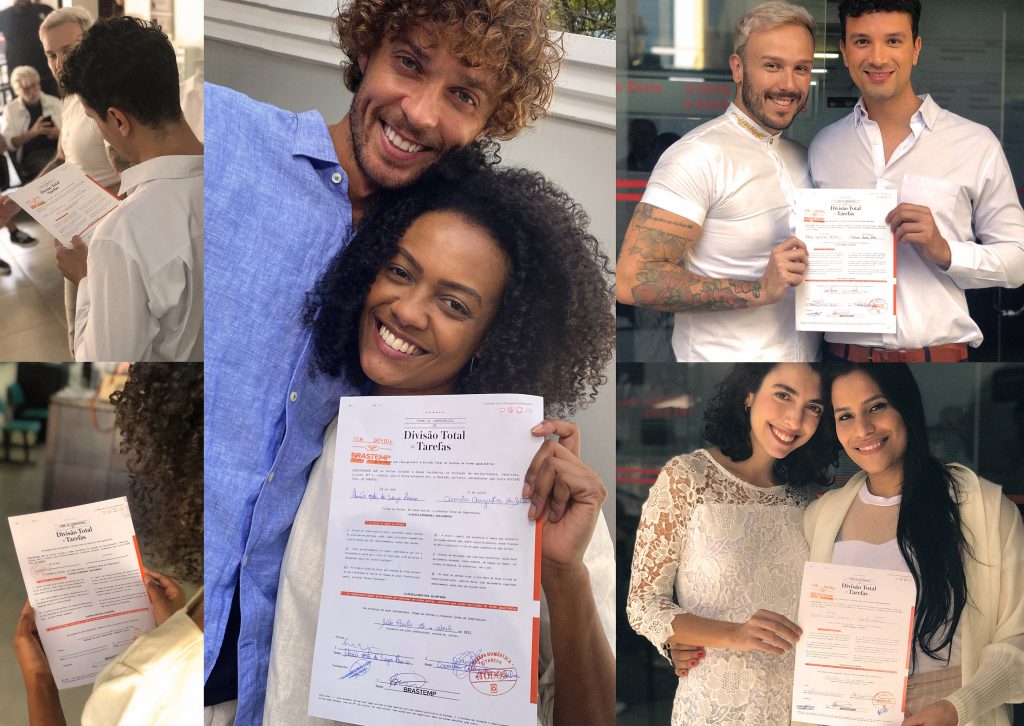 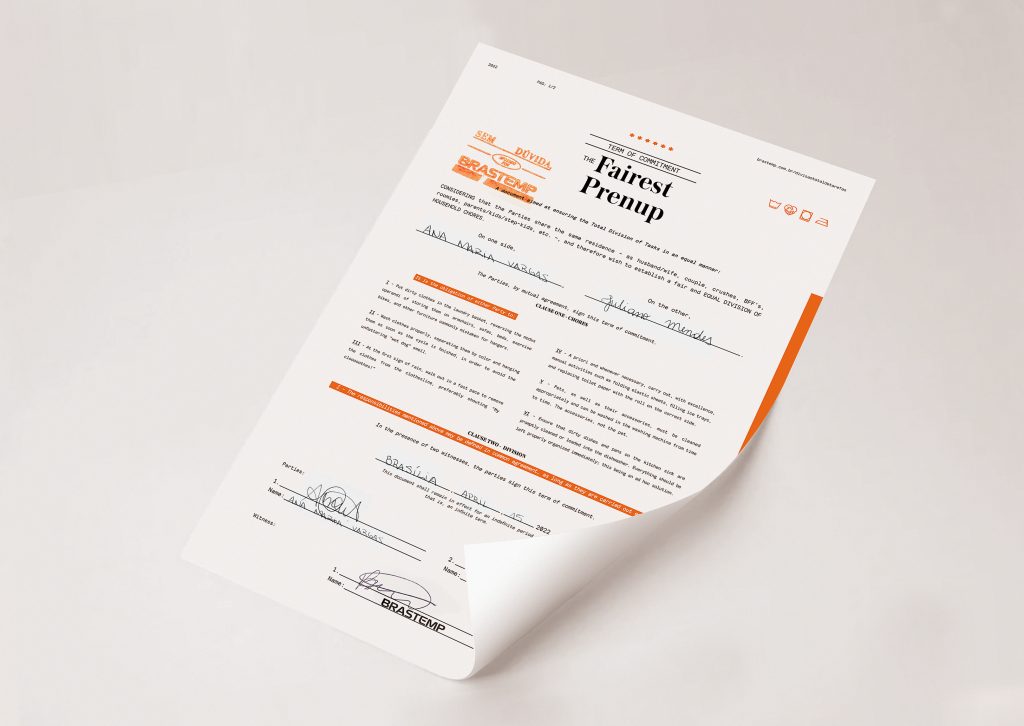 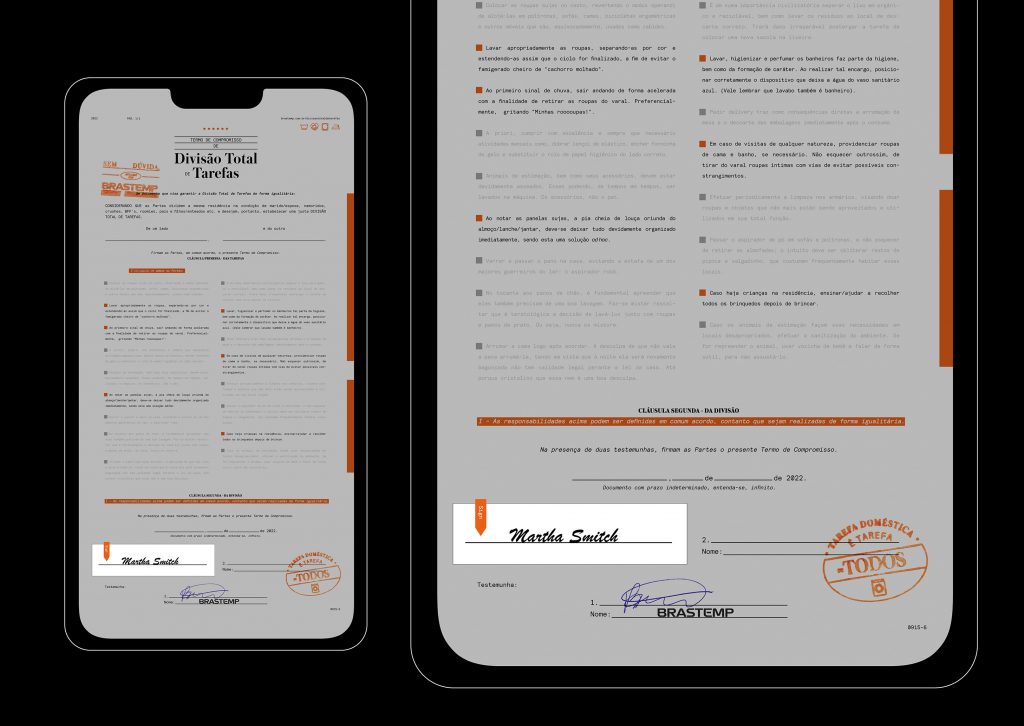