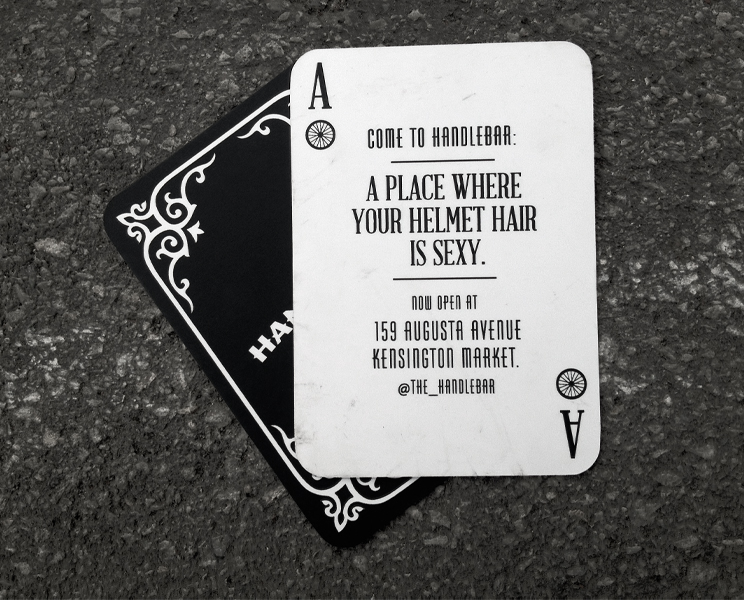 Handlebar opened in Toronto’s famously eccentric Kensington Market in Summer 2012. The bicycle-themed bar incorporated previously existing features of the space and emerged as an eclectic mix of old and new.

“We wanted a creative agency to collaborate with and guide us,” said Bruce Dawson, co-owner, Handlebar. “Open worked with us not just in the branding of Handlebar and its offerings, but also to help us create an experience and a street-level marketing campaign to target our desired clientele.”

To design an experience that would resonate, Open created an identity using a philosophy of adaptation and alteration.

“We looked to the old to create something new,” said Open Partner Christian Mathieu. “From bathroom signage to custom shots, we wanted to define the moments that create a unique bar experience.”

Using these new elements, Open created a special draft lager, The Handlebrew. They even created Handlebar’s signature shot, The Tandem, which comes on its very own coaster built for two. There’s also a poster and a direct marketing piece, a card, which was placed in the spokes of bicycles in Toronto’s downtown core.

“At Open we are committed to contributing and working with local businesses and entrepreneurs,” adds Beauvais. “Handlebar is very local, only a few blocks from our offices, and we believe it’s important for Open to be involved in the creative endeavours taking place within our neighbourhood and within the city of Toronto.”

About Open
Open was founded in 2010 by Martin Beauvais and Christian Mathieu.
http://openacreativecompany.com

About Handlebar
Opened in the summer of 2012, Handlebar is a home for locals, tourists, Torontonians, and innovative events.
http://www.thehandlebar.ca 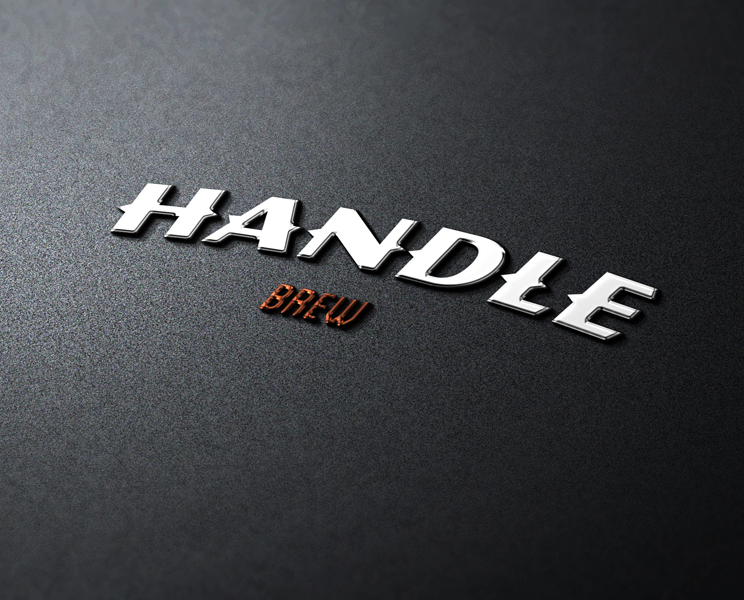 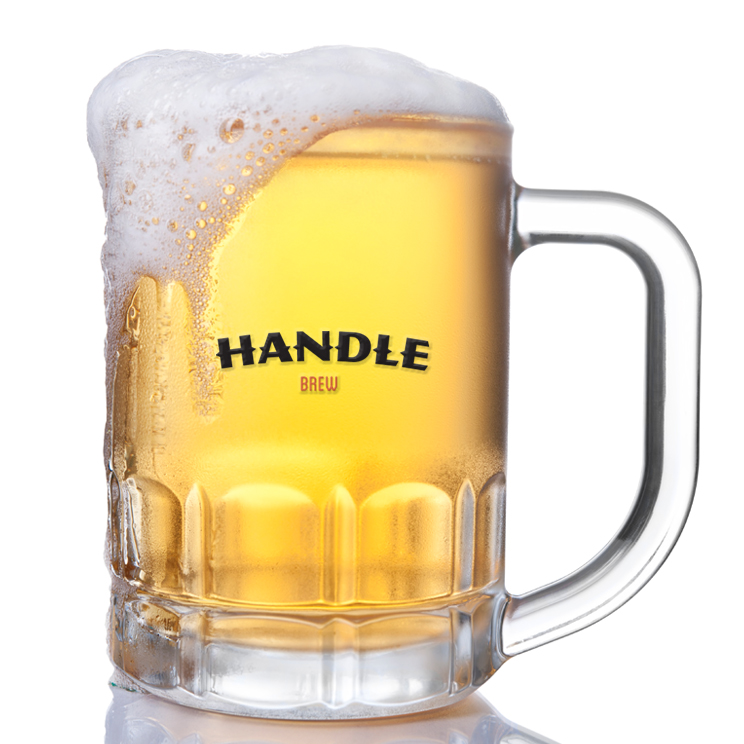 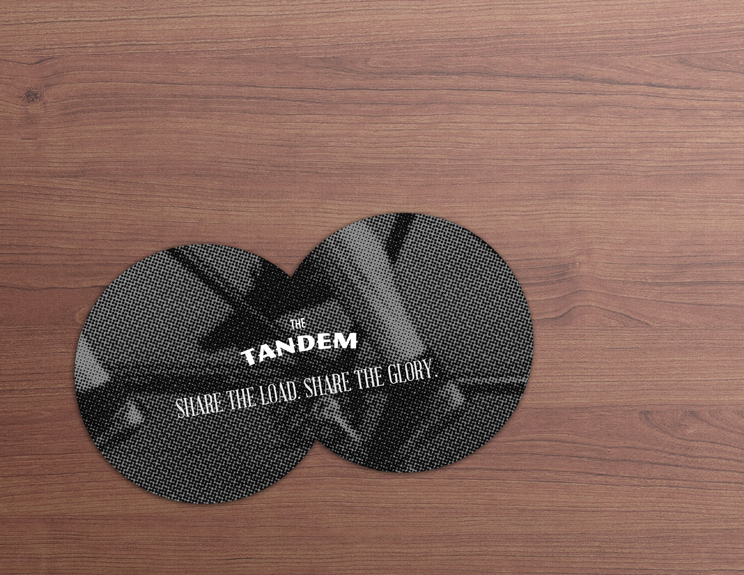 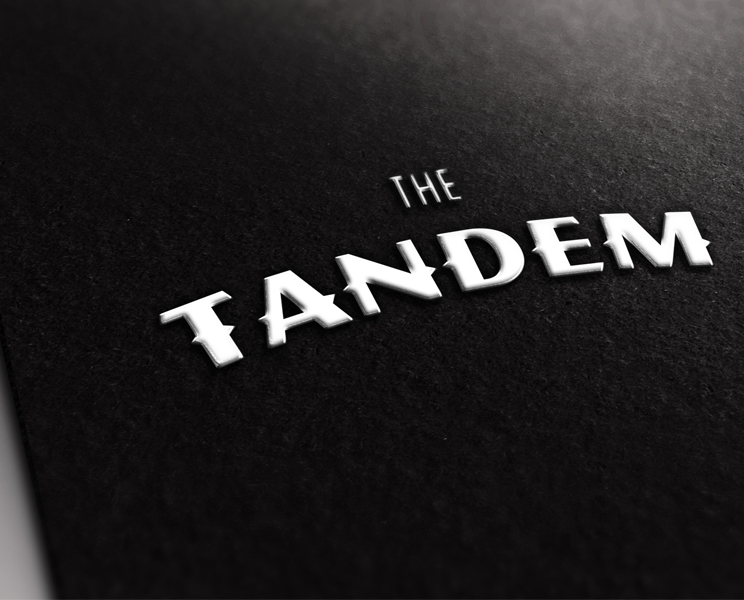 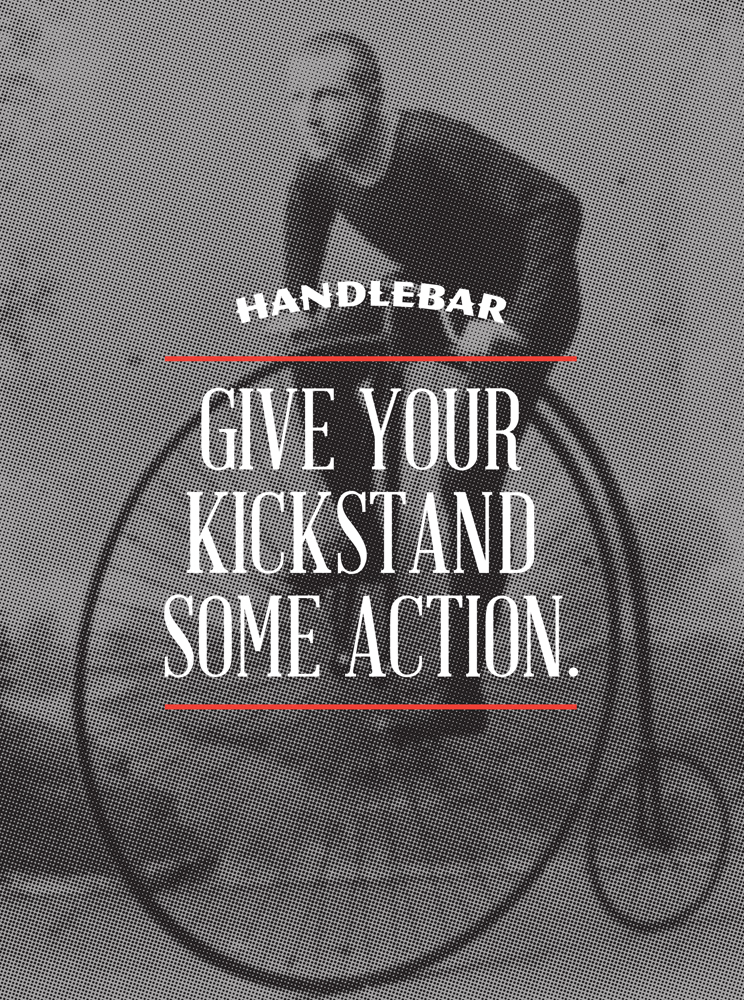 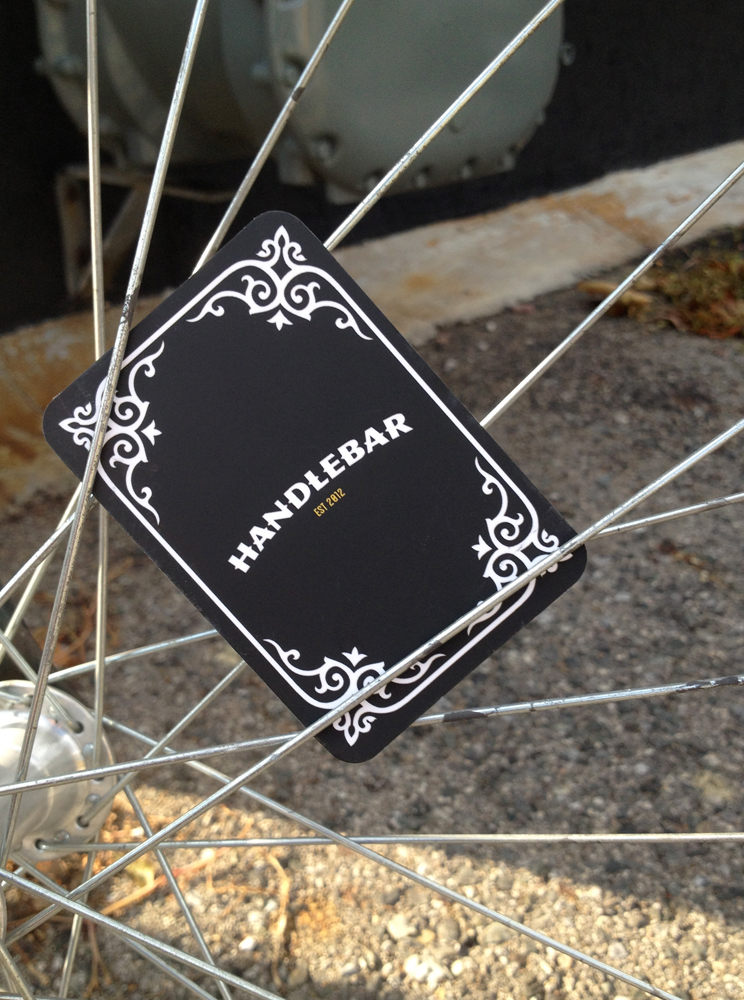 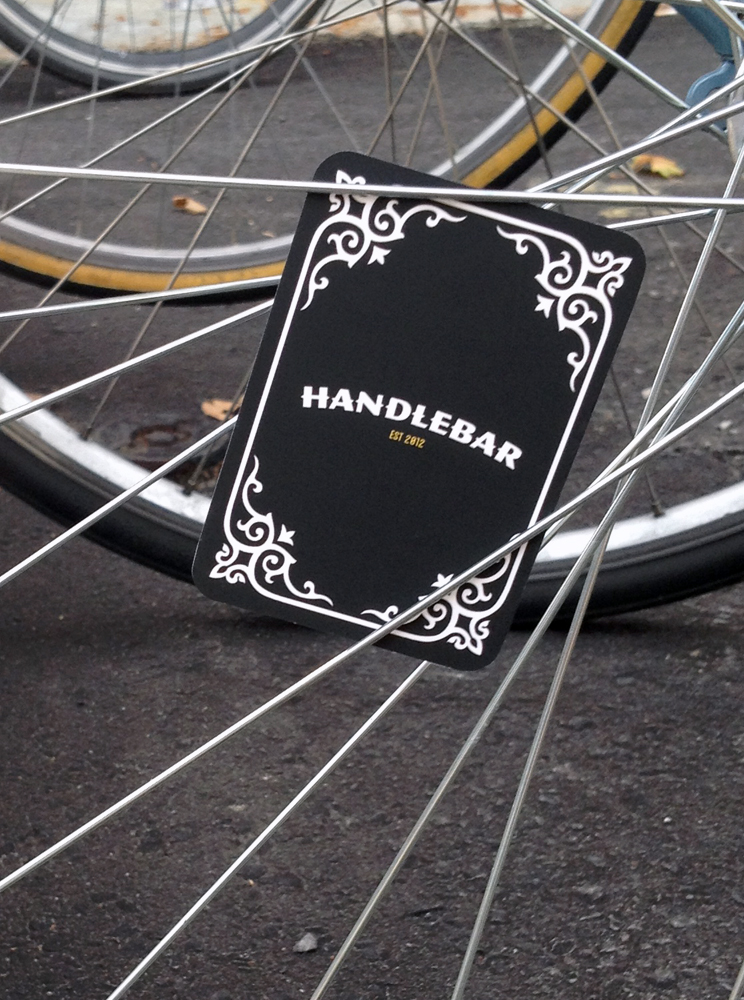 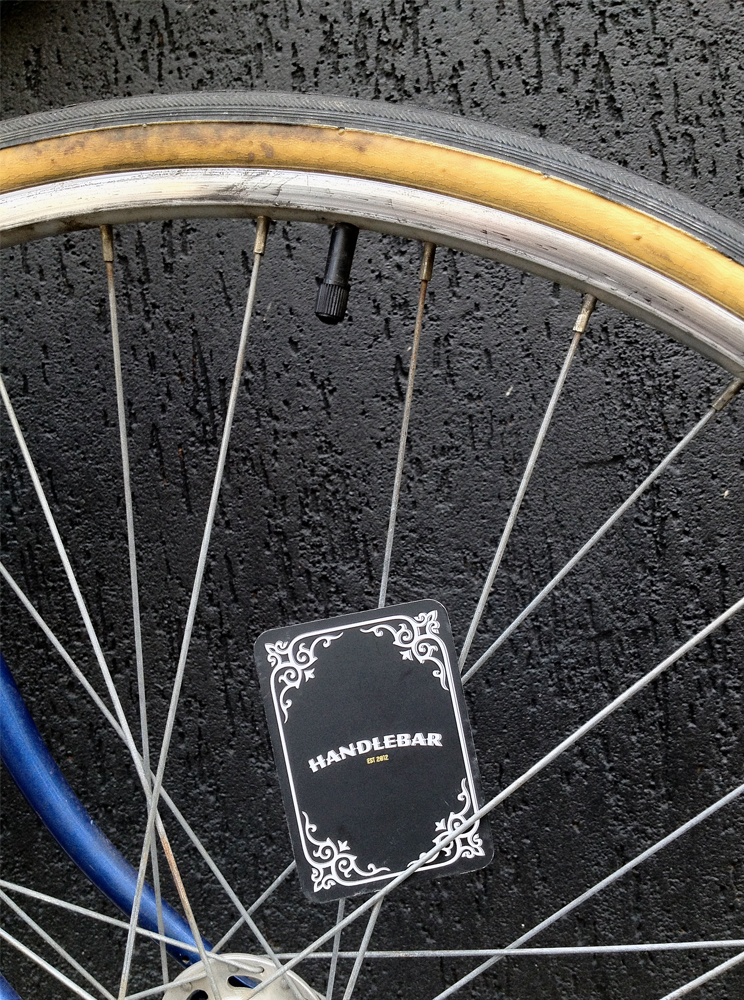