Rip it, Rip it Good 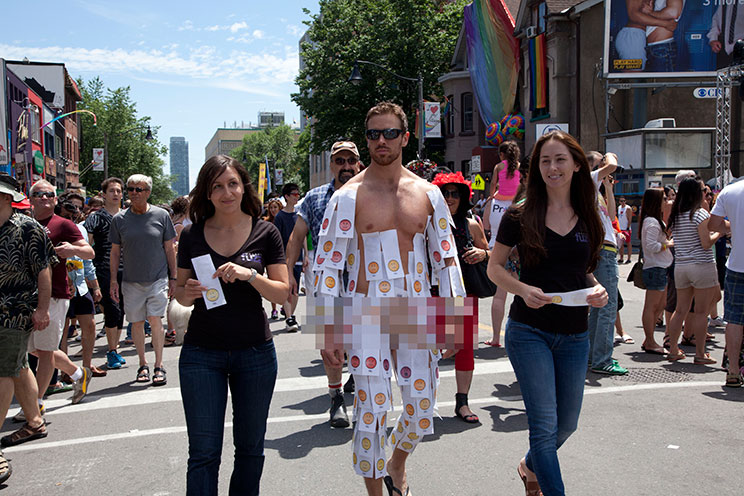 This is a little sadistic, and I like it. Fuzz Wax Bar and and Lowe Roche introduced ‘Street Waxing’ to Toronto last week.

To show weekend festivalgoers that waxing, while painful, is worth it, Fuzz Wax Bar and partner agency, Lowe Roche, invited people to tear a wax-strip off a male model, covered entirely in wax-coated strips.

Each strip featured a cartoon face pain indicator that corresponded with the pain of having the particular body part (on which the strip was placed) waxed. Funny phrases like “We’ll take the monkey off your back” and “You’ll walk a little differently” accompanied the tagline “So good, it hurts”.

As more and more people pulled wax-strips from the model’s body, he was left completely exposed – and hairless – in the Toronto streets.

Jessica Frampton and Florence Gavin, co-owners of Fuzz Wax Bar have found the response so far to be nothing short of extraordinary.

“The crowd reaction on the day, and the attention we’ve received since it happened have been amazing,” said Frampton. “As Toronto’s original wax bar, we’re always looking for new ways to generate awareness, and so we were thrilled with this innovative idea which we knew from the outset would literally stop traffic.”

Hundreds took part on the day, as thousands of others looked on.

Of course, the ultimate objective for the stunt was to drive traffic to Fuzz, and to do so, the wax-strips were designed to be the incentive: acting as removable discount coupons for participants to use for their next wax at Fuzz – and also as a hairy reminder of the weekend festivities. The wax-strips themselves served as another messaging touch-point for the stunt – they were each inscribed with funny phrases, like “We’ll take the monkey off your back” and “You’ll walk a little differently, along with the tagline “So good, it hurts”. 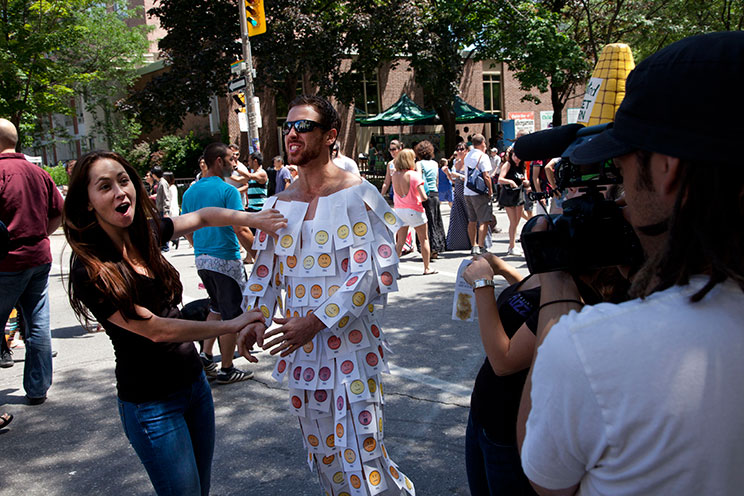 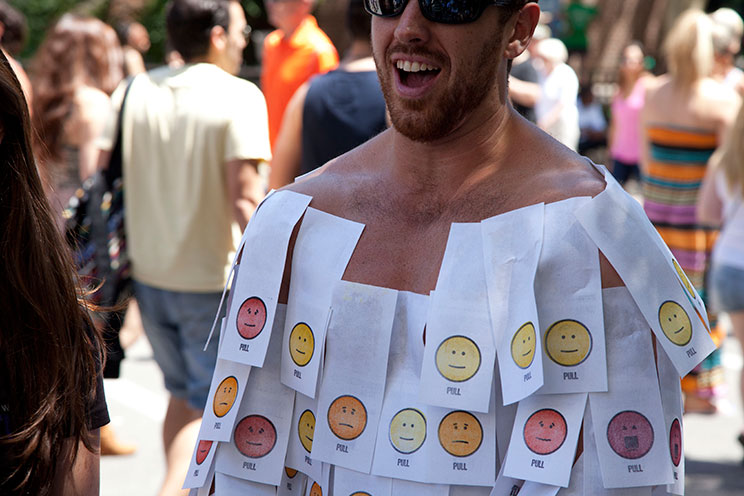 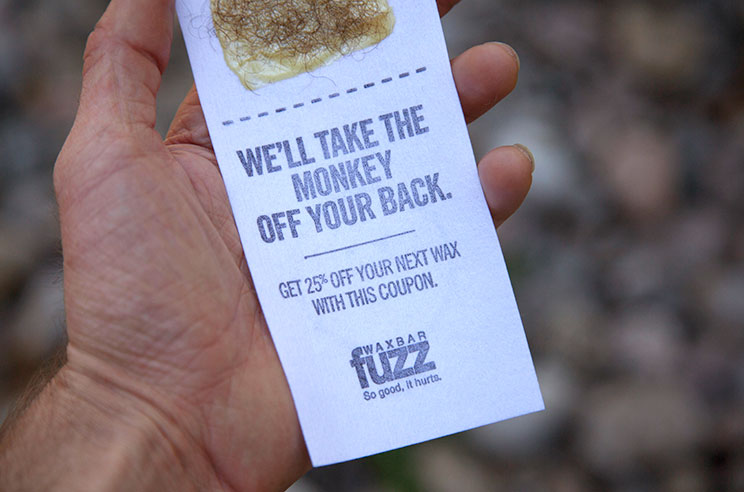 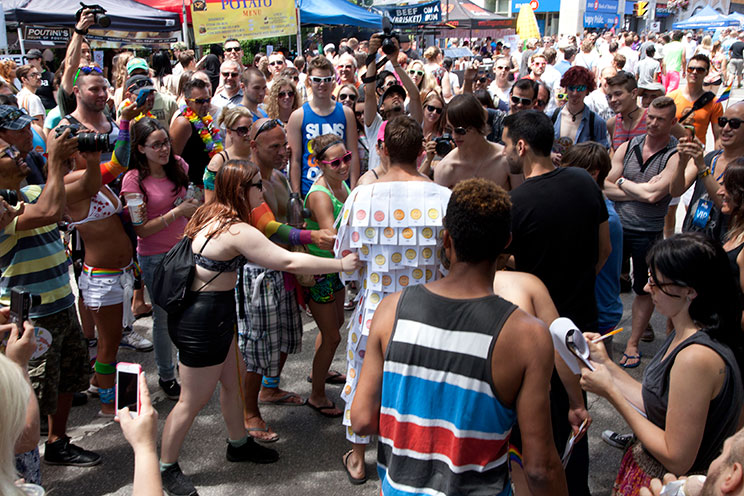 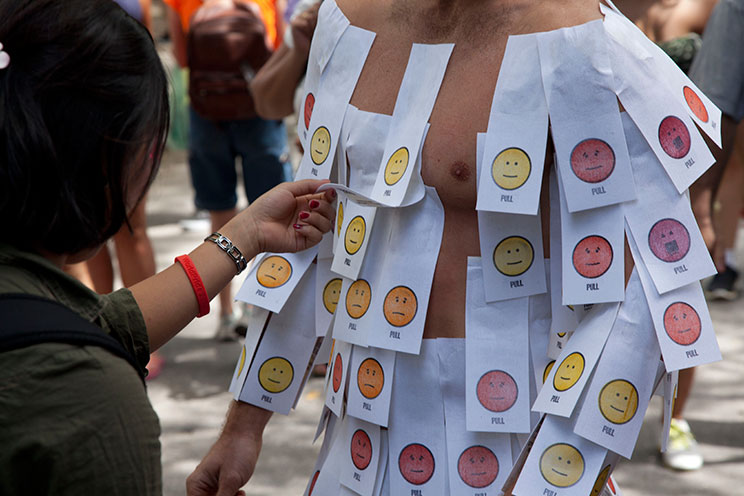 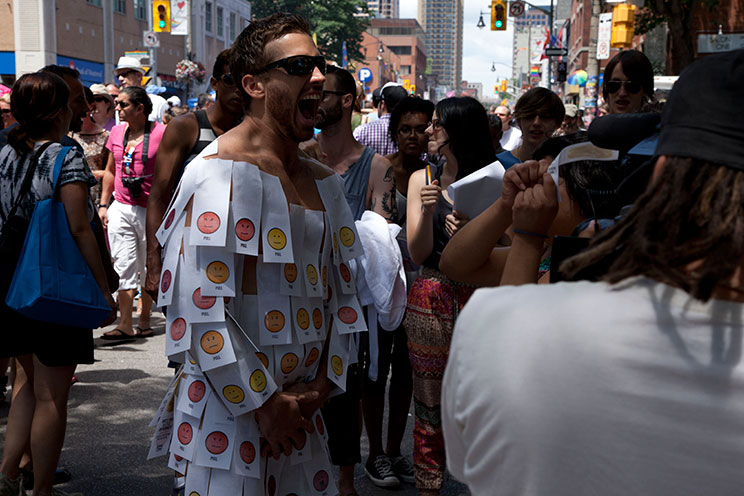 Advertising, Experiential, Out of Home, Stunt