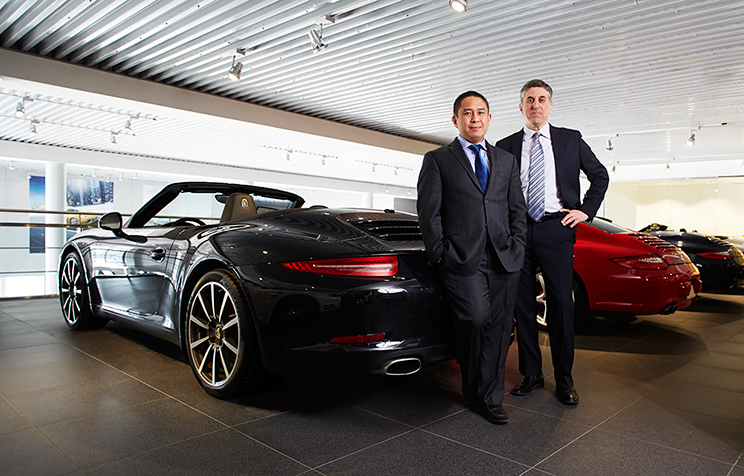 Porsche Cars Canada, Ltd. announced today that following an extensive five-month review involving more than 20 agencies, Red Urban, based in Toronto, has been selected as its new Agency of Record.

“We were initially drawn to Red Urban because of the breakthrough work they have done with Volkswagen, both in Canada and globally,” said Laurance Yap, Porsche Canada’s Director of Marketing. “However, after learning more about their capabilities, especially in digital and content creation, it was clear they were the right choice to help us advance Porsche in the Canadian market.”

“With the introduction of the new Macan SUV, and ambitious growth plans, Porsche must continue to expand its customer base while ensuring its iconic DNA remains intact,” said Red Urban President, Steve Carli. “Similar to what we have been able to do with Volkswagen in Canada, we hope to bring our thinking and unique creative approach to help propel Porsche into an exciting new era in its history.”

Red Urban, which will officially start in June of this year, will be responsible for adaptation of global campaigns as well as Canadian-specific creative for new vehicles and aftersales initiatives across all media. French market communications will be handled by CART1ER, based in Montreal.

The Porsche account was previously held by Toronto-based Yield Branding. “The change is not a reflection of Yield’s performance,” said Yap. ”Rather, it comes from a desire to access the resources of a larger agency as the Porsche business continues to grow.”

About Red Urban
Red Urban is an award-winning advertising agency in Toronto, Canada and a member of the Omnicom group of companies. Operating as a boutique creative agency with the resources of a global network, Red Urban’s clients include Volkswagen, Porsche, Alexander Keith’s, Nestlé Purina and Renaissance Investments, a division of CIBC.

About Porsche Cars Canada, Ltd.
Porsche Cars Canada was formed as an independent subsidiary in April 2008. The company employs a team of 24 in sales, aftersales, finance, marketing, and public relations. Last calendar year, Porsche sold an unprecedented 3,680 units in Canada, up 23% over 2012.