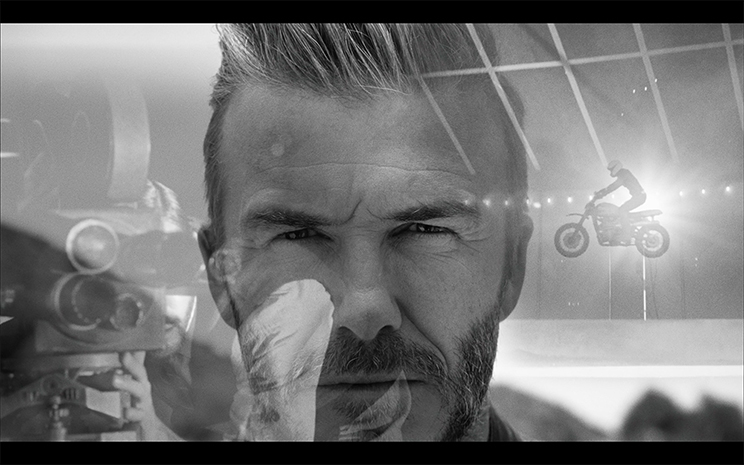 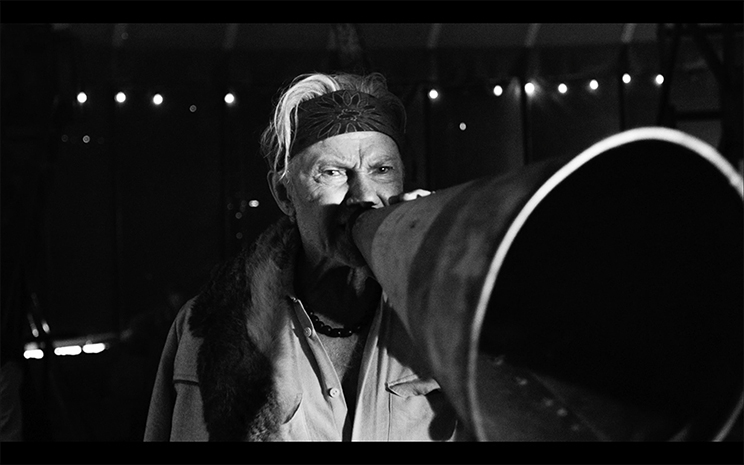 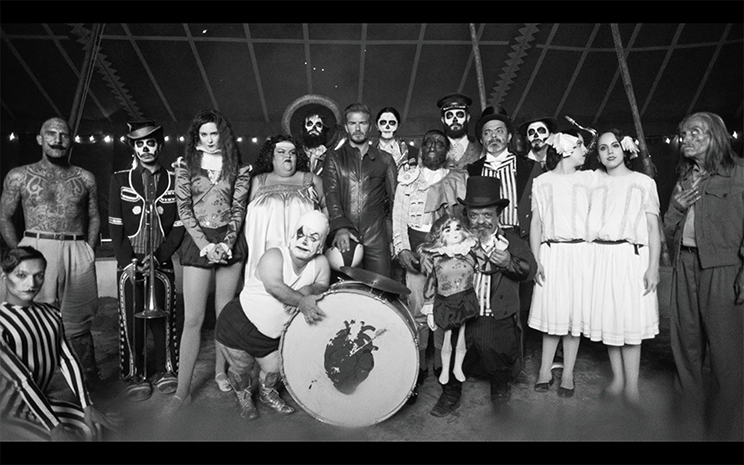 Shot over six days in and around Mexico City, and based off of a screenplay written by Jasper two years ago, Outlaws is a classic story told in a new way. It combines black and white and colour cinematography to create a hypnagogic vision of the Mexican landscape during the early 1950’s, a strange setting populated by even stranger people, including peculiar circus performers, a blind tarot card-reading seer, motorcycle gangs and sugar skull sporting mariachi musicians.

“For me, it’s a very personal film and I’ve been waiting more than a decade to be able to tell this kind of story with this kind of visual style,” said Jasper. “Belstaff were looking to make a short film starring David and they loved the story, so they joined forces with LEGS and supported me whole heartedly in what I wanted to do creatively.

“LEGS is always pushing the visual ways stories can be told, and often partners with agencies and brands to create rich narratives and engaging viewer experiences” adds Adam Joseph, LEGS Co-Founder, Managing Director and Executive Producer on Outlaws. “Across everything LEGS does there’s a consistent combination of the classic and the avant garde at play that keeps pushing us all forward.”

The 15-minute short film features Beckham as a mysterious drifter who, astride his motorcycle, races across the sweltering landscape with a rabid gang of bounty hunters hot on his heels. He gives his pursuers the slip by sneaking into an all-night cinema, only to find it’s playing a film in which he’s the star. It’s a film about a beautiful trapeze artist, played by Waterston, and a motorcycle stuntman played by the drifter. It’s revealed that romance and trouble ensued behind the scenes, forcing our hero and his leading lady to live life on the lam, hunted by the film’s maniacal director, played by Keitel.

“David was involved from the beginning, which is a pretty amazing jumping off point,” said Jasper. “I was knocked out by Katherine Waterston’s performance in Inherent Vice and had to get her for the Trapeze Artist. We got lucky because she responded to the whole vision. She’s really special. Cathy Moriarty saw the script and said she liked how bananas it was. I thought she was way out of our league. And then Harvey… Goddamn. I couldn’t believe it. He was interested in the world I was trying to create and could not have been more of a mentor for me. To collaborate with someone like Harvey Keitel, who is a true blue hero, is something I can’t put into words.”

Outlaws can currently be viewed online at http://www.belstaff.com/outlaws.html


A behind-the-scenes video is below. Credits are are the bottom of the page.


LEGS is a multi-media production company pushing the creative boundaries across various disciplines, including film, commercials, digital media, music videos, experiential, interactive content, and more.
Based out of Milk Studios, Legs was founded on the drive to create an environment that represents and supports the tenacious creative spirit of downtown NYC, giving art and commerce a new environment to be considered, pushed and reimagined. With in-house facilities including studios, equipment rental, and casting services as part of our ecosystem, Legs is a factory of creativity with the ability to take a wide range of projects from impetus to completion in a fluid and efficient manner, making it a premiere production destination and partner for exceptional brands and advertising agencies in the entertainment and advertising industries.
http://welcometolegs.com