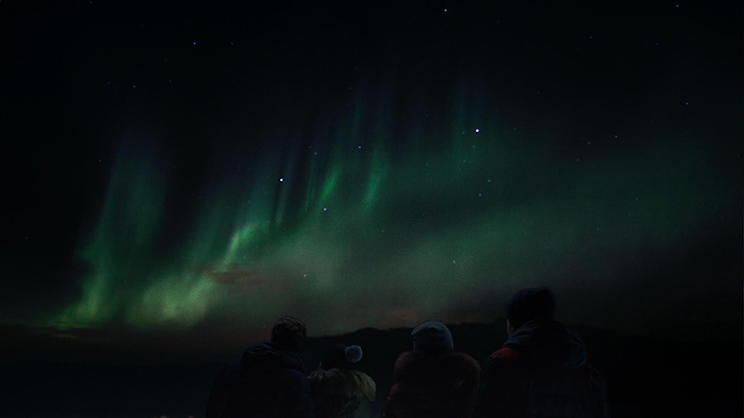 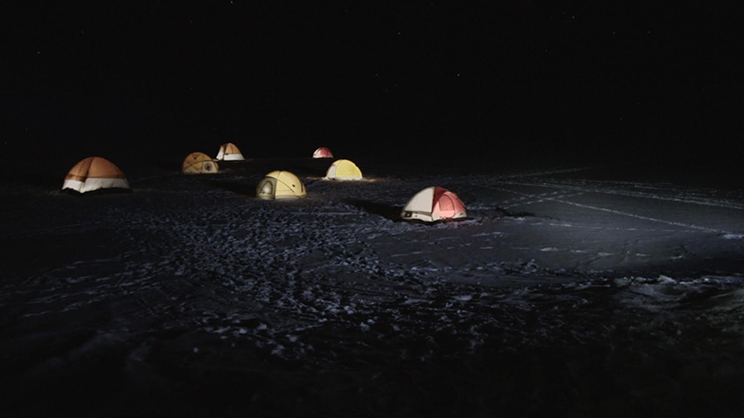 The super blood moon is so yesterday…

SYLVANIA SilverStar® zXe headlights are premium automotive headlights that are whiter and crisper than basic bulbs. The creative idea behind the new campaign for SYLVANIA was to show off the beauty of these premium, white headlights against the backdrop of the most majestic and beautiful light show on earth: the Northern Lights.

SYLVANIA partnered with Toronto-based advertising agency FEAST INTERACTIVE to create a TV ad that tells the story of a group of young Canadians on an adventurous nighttime road trip in search of the Aurora Borealis and its magnificent lights.

The idea was a few years in the making. After their successful 2013 campaign called “Night Drift,” featuring raw and gritty race cars drifting in an empty parking lot lit by the vehicles’ own “SYLVANIA SilverStar® zXe headlights, the creative team at FEAST envisioned something bigger for the brand. To pull it off, FEAST partnered once again with Revolver Films and director Ante Kovac, who brought a truly contemporary tone to this latest piece.

“We really wanted to capture the beauty that comes from lighting your drive with these headlights,” said Rob Vena, Creative Director at FEAST. “Whitehorse was the perfect location for this. Not only is it one of the greatest places in the world to view the Northern Lights, but the beautiful landscapes and lack of light pollution really allowed the headlights be the star of the show. Ninety-five per cent of what you see in the commercial was lit with SYLVANIA SilverStar® zXe headlights as our only light source.”

“The brilliant, jewel-like appearance of the SYLVANIA SilverStar® zXe headlights stood out in the pristine darkness of the Yukon,” says Luigi Leto, Director of Sales for Retail/Automotive SYLVANIA. “The white headlights nicely illuminate the snow covered roads of Fish Lake, making the location the ideal environment to showcase and document our product through a uniquely branded experience”.

Amazingly, the Northern Lights seen in the commercial were actually captured during the shoot, but capturing them involved more than just luck; it required meticulous planning. Months of discussions and research went into deciding on the shoot dates, and many factors had to come together to be able to pull it off. The plan was to shoot in March 2015 during a week where there was a new moon so the sky could be as dark as possible. Then the news came that there was the possibility of a very active solar storm on the way. The crew was on standby and, when darkness hit, they were all lucky enough to not only witness the beauty of an active borealis, but capture it on camera as well.

It was important to the creative that the story be authentic and truly Canadian. In order to maintain a feeling of authenticity, the cast was made up of locals in the Whitehorse area. Only the driver, Scott Hargrove, was brought in from Vancouver. Scott is an up-and-coming Canadian race car driver very close to making it into IndyCar.

Adding to this uniquely Canadian angle, music for the spot was composed by Brendan Canning of Broken Social Scene. A veteran in the Canadian indie music scene, and no stranger to scoring for films, Brendan came on board to support the strong creative with an equally strong musical score.
Full credits are at the bottom of this page.

The spot is being being supported by pre-roll and a 30-second version of the commercial begins a Canadian national television airtime buy in English and French starting October 19th.

About FEAST
FEAST is an award-winning advertising agency in Toronto, Canada with a focus on digital marketing that delivers sales-driven results for their clients, including SYLVANIA, Canadian Tire and Kitchen Stuff Plus. A boutique agency, FEAST continually leads the ever-changing advertising landscape through contemporary creative and data-driven media strategies.
http://feastinteractive.com 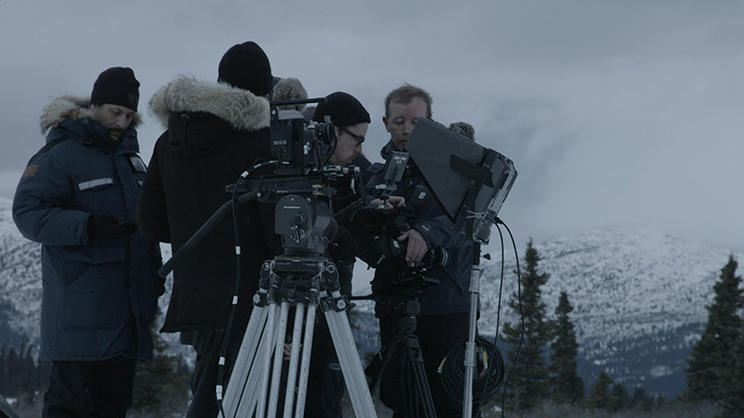